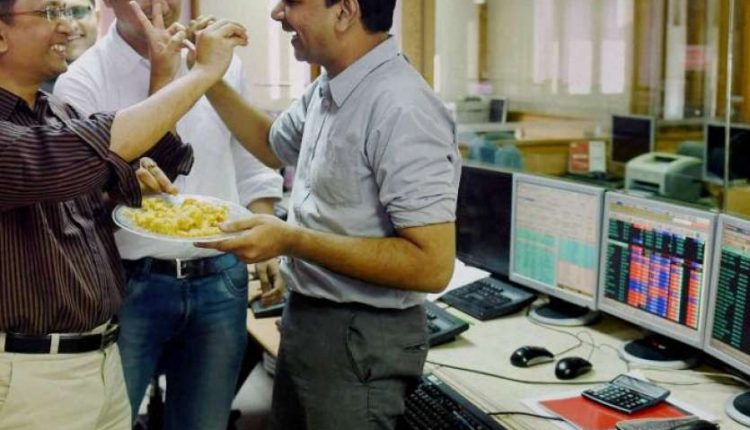 new Delhi. Today proved to be a historic day on the stock market. The Sensex not only crossed the 45,000 mark during the trading session, but the Sensex bandh was also at this level. Some similar boom was also seen in Nifty 50. The main reason for the rise in the stock market was to keep the policy rates unchanged in the RBI MPC and more importantly, to estimate the GDP rates in the positive note in terms of economy. After that, due to frequent updates about the Kovid vaccine, there was a tremendous rise in airline and travel shares. Because of which the stock market closed at a record level. Let us also tell you what kind of figures are being seen.

Also read: Big decision of RBI, without ATM PIN debit and credit card will be able to withdraw 5 thousand rupees

Sensex and Nifty closed at record level
The stock market witnessed a tremendous upheaval today. Especially proved to be a big day for the Sensex and not only reached the level of 45 thousand but also closed. The Bombay Stock Exchange’s flagship index Sensex has gained 446.90 points to close at 45079.55. During the trading session, the Sensex reached the all-time hike with 45,148.28 points. While the National Stock Exchange’s major index Nifty 50 has gained 124.65 points to close at 13258.55 points. While today reached a record level with 13,280.08 points during the trading session.

Also read: RBI estimates, know how much retail inflation can remain in the country

Rising and falling shares
Hindalco Industries shares were up 4.42 per cent on the National Stock Exchange. Shares of ICICI Bank 4.19, Adani Ports & SEZ 4.11 per cent, Ultra Tech Cement 4.04 per cent and Sun Pharmaceutical Industries were up 3.79 per cent. Whereas, Reliance Industries closed 0.88 per cent, HDFC Life Insurance 0.73 per cent, Bajaj Finserv 0.68, HCL Technology 0.43 per cent and Bharat Petroleum Corporation 0.41 per cent in the declining shares at NSE.

What will be the impact on bank customers’ accounts after the Reserve Bank’s decision?