Seeing this video of Sushant Singh Rajput, your eyes will also be moist 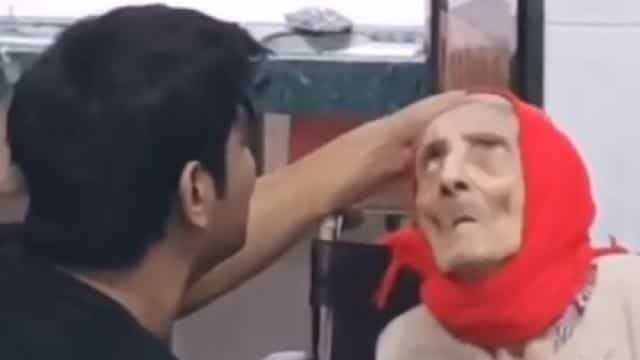 Since the death of Sushant Singh Rajput, many old videos related to him are becoming viral on social media. Now another video of Sushant has come out, seeing you will also be emotional. In this video Sushant is talking to an old woman sitting on a wheelchair. He would sometimes put the woman’s hand on his head, sometimes he would hold his hand and kiss.

Seeing Sushant’s treatment of his old lady, everyone is praising him.

The family is in bad condition after Sushant’s death

Sushant’s friend Sandeep Singh says that the actor’s family members have still not recovered from the grief of his death. According to Singh, he has been a friend of Sushant for a long time. Singh said, ‘A father has lost his son and a sister has lost her brother. I don’t think they would have been able to overcome the fact that Sushant is not in our midst. They still do not talk much. Still cry and still in pain They are completely shattered ‘.

Ankita Lokhande was ready to give up her career for Sushant Singh Rajput, friend revealed

Singh, who took the remains of the actor kept at Cooper Hospital for the postmortem, further said, ‘When we went there we saw a lot of police at his house and it was very difficult for us to see everything. When we saw Sushant, we came to believe that it is indeed him and that everything has happened. ‘