Seeing the rain of Mumbai, Sutapa remembered her husband Irfan Khan, said- I know you have sent it to me 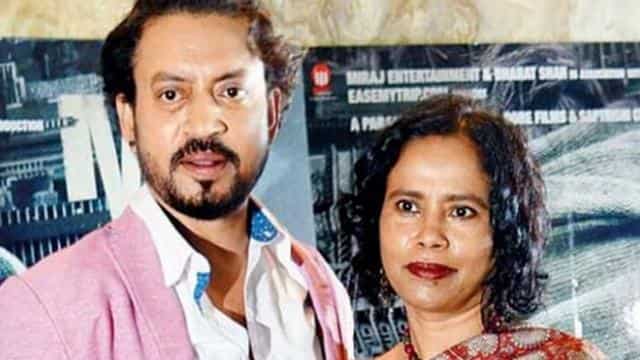 It has been more than 1 month since Irfan Khan passed away. His wife Sutapa and both sons often share photos of Irrfan. Now, there was recent rain in Mumbai, seeing that Sutapa remembered Irrfan. Sutapa shared photos of Irrfan. Sharing these photos, Sutapa wrote, ‘Thank you so much I heard you … Yes I know it is from you to me and it has touched my body and soul. Between the two regions we have rain that is connecting us. ‘

Earlier on 1 month of Irfan’s death, Sutapa wrote, ‘There is an empty ground beyond thoughts of wrong and right. I’ll meet you right there. When the soul is lying in that grass, there will be much to talk about in the world. We will meet again and talk.

When Saif Ali Khan did shaving by little Sara, pictures are going viral on social media

Explain that in the year 2018, Irfan came to know that he is suffering from neuroendocrine tumor. Irfan also went to London to get treatment for his illness and returned to India after undergoing treatment for 1 year. Not only this, Irfan came back to work after getting treatment. He had completed shooting for ‘English Medium’. However, after shooting, he started resting after working distance.

Irfan is buried in Versova’s cemetery. Due to the lockdown, not many people were able to give him a final farewell. Only 20 people joined, including family and close friends.