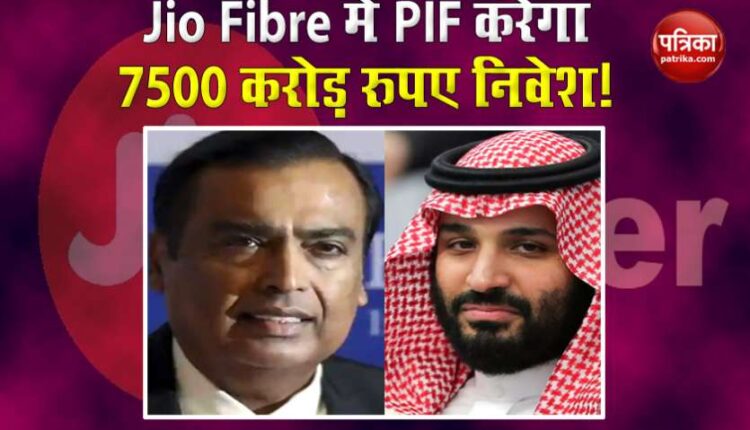 new Delhi. The investment limit in Jio is not over yet. Some companies are investing in Jio, they are planning to invest in it again. Especially there has been more trend from the companies of Saudi Arabia. According to media reports, Saudi Arabia Public Investment Fund is preparing to invest one billion dollars, or about 7500 crores rupees in Jio Fiber. On the other hand, Abu Dhabi Investment Authority is also talking on behalf of Abu Dhabi Investment Authority to increase its share in fiber business. Let us also tell you what the final plan is.

SWF is changing its portfolio
In fact, Saudi Arabia’s Sovereign Wealth Fund is set to make changes to its $ 300 billion portfolio. According to experts, the fund is worth about $ 300 billion, which is invested in Silicon Valley big companies, aviation sector and oil companies. Which is being tried to reduce. According to experts, SWF is preparing to change itself accordingly. He is seeing more scope in the fiber business, so he plans to invest there. According to the information, the Abu Dhabi Investment Authority is planning to invest once again in Jio’s fiber business. After which the interest of PIF has increased.

Also read: Petrol price increases drastically, know how much the price has become

Both companies have invested in the past too
Both Adia and PIF have already invested in the Jio platform. The two companies together have invested $ 2.2 billion in Jio. During that time Jio had sold its shareholding to 13 investors and raised a total of $ 20.8 billion. At present, there has been no statement from Reliance to PIF regarding investment in fiber business.

Petrol price increases drastically, know how much the price has become