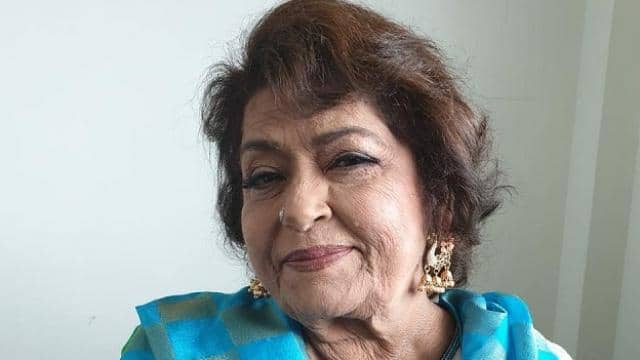 Amitabh Bachchan remembers his old days with Saroj Khan after the demise of Bollywood’s famous choreographer Saroj Khan. Amitabh has shared his work experience on Instagram with Saroj Khan.

Amitabh Bachchan wrote, ‘Whenever she saw an artist working with her giving a good shot. She used to call him and gave a rupee coin as the omen. Many years later, when I was working with him during a song sequence, I became the recipient of that coin. This was a major achievement. Saroj ji, you have given us and the industry the art of converting rhythm, style, style, song into dance and meaning. ‘

Big B wrote, ‘Years later, she greeted me in a meeting … She was living in Dubai after marriage when Dawn was released. He said that I saw the film. I went to the theater and at the time when your song ‘Khaike Paan Banaras Wala’ was playing. I enjoyed your dance moves a lot. It was a great thing to hear all this from his mouth. A legacy has come to an end. ‘

Saroj Khan was admitted to Guru Nanak Hospital in Bandra, Mumbai on June 20 due to shortness of breath, but could not save her despite all the doctors’ efforts. Saroj was handed over to the cemetery of Malad on Friday morning. During this time only his family and some relatives were present to give him a final farewell.

The children of Saroj Khan have now informed that they will not have a Prayer Meat due to Corona virus.

He shared a photo of Saroj Khan and wrote, ‘Thank you all for remembering all of your messages and in your prayers. Considering the similar situation regarding Kovid 19, we have decided not to grieve at all. As soon as the situation is normal, we will meet and celebrate his life ‘.