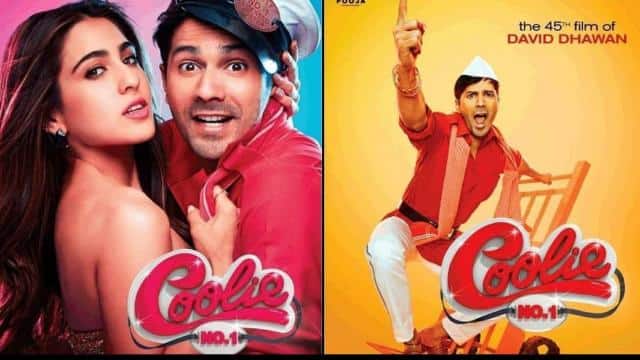 Sara Ali Khan and Varun Dhawan are in discussion these days with their upcoming film Coolie Number One. The fans of Varun and Sara are also awaiting the release of their film. Meanwhile, there is a buzz that the David Dhawan-directed film ‘Coolie Number One’ will be released on the OTT platform Amazon Prime. There has been a flood of mimes on social media amid reports of the film being released on the OTT platform. Social media users are giving their response on Twitter with # CoolieNo1. Alam is that in India # CoolieNo1 started trending on Twitter.

Le me n my friends pic.twitter.com/Hut07Kf1uK

# CoolieNo1 is going to release on amazon prime.

Me getting ready to dislike it: pic.twitter.com/smLF4i57Bo

# CoolieNo1 is going to release on amazon prime.

Me getting ready to dislike it: pic.twitter.com/smLF4i57Bo

Me texting all my freinds, relatives, khandan, to dislike # CoolieNo1 trailer & uninstall amazon prime. Are u guy’s ready to shower your love on @Varun_dvn & #sarahkhan pic.twitter.com/rZ9GjNN2uY

The trailer of Alia Bhatt, Sanjay Dutt and Aditya Roy Kapur star film ‘Sadak-2’ has been included in the list of most disliked videos on YouTube. Road-2 trailer has received more than 1 crore dislike so far. Let us tell you that ‘Sadak-2’ is going to release on Hotstar on August 28. In such a situation, people are demanding that Hotstar be deleted.