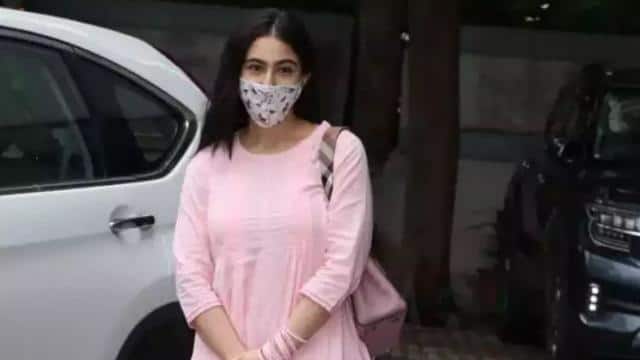 After the Bachchan family, now actress Sara Ali Khan shared a post on Instagram late last night. They reported that their driver was found to be Corona positive. The driver is later sent to the Quarantine Center. Sara Ali Khan wrote that I want to tell you that our driver’s corona report has come positive. BMC has been informed as soon as the report is received. The driver has also been sent to the Quarantine Center. The reports of my family members and all the staff in the house have come negative. All of us are taking necessary precautions. Thanks to the guidelines provided by BMC.

Let me tell you that recently pictures of Sara Ali Khan and Ibrahim Ali Khan cycling went viral on social media. Sara shared a picture of herself on Instagram, in which she was seen sitting on a bicycle. However, he wore a face mask to avoid Corona.

With this Sara wrote in the caption that whenever you get out of the house, you must wear a mask. Ibrahim Khan also posted a photo on his Insta story, in which his sister Sara was seen. He too had a mask on his mouth.

Talking about the actress’ workfront, she will be seen in the film ‘Coolie No.1’ with Varun Dhawan. This film has been fully prepared. Its trailer was to be released in March or April, but the event was postponed due to the Corona virus. It is expected that the film will be released after theaters open in the country.

Vikas Gupta tweeted something like this, users asked- Are taunts killing Parth?

Riddhima Kapoor calls her brother Ranbir Kapoor with love by this name, shared…