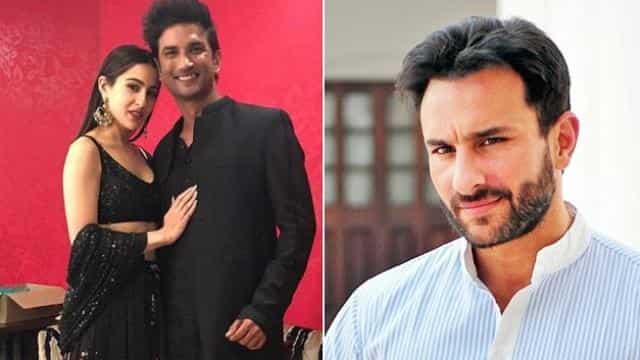 All are shocked by the death of Sushant Singh Rajput. No one can believe that such a talented actor will commit such sudden suicide. Now recently Saif Ali Khan has told some things about Sushant after his death. Along with this, he also told that his daughter Sara Ali Khan is quite shocked by the death of Sushant. Please tell that Sara made her Bollywood debut with the film ‘Kedarnath’. Sushant was in the lead role with him in this film.

Saif said in an interview to The Times of India, “I don’t know if Sara wants me to talk about it or not.” But he is very sad. He is shocked as well as sad. Sara was heavily influenced by Sushant. He had told me that Sushant was quite intelligent. He could talk on any topic. Along with being fit, he was hardworking and a good actor ‘.

Let me tell you, ‘Dil Bechara’ has not been released yet. This is the Hindi adaptation of The Fault in Our Life.

Saif Ali Khan lashed out at Bollywood’s hypocrisy under the pretext of Sushant, he said – we don’t care for anyone

Saif Ali Khan has lynched some celebs over Sushant’s death. Saif said, ‘Many people who are using the news of Sushant’s death for their own benefit. They are now showing love on social media, it is very embarrassing ‘.

Saif said, ‘To give Sushant a respite, you would have kept a day’s silence or introspection and not seen love pouring on social media. Those people are commenting, who never cared for Sushant. Isn’t it only Sushant who cares for no one? Saif continued, ‘pretending that you care is an insult to a dead person’.

Saif finally said, ‘There is a lot of competition in the film industry. We do not care for anyone, but pretending that you care for someone is extreme hypocrisy. Here people will write 10 lines for you on social media, but if you ever meet somewhere on the road, you will not even meet you. Will not even shake hands with you.