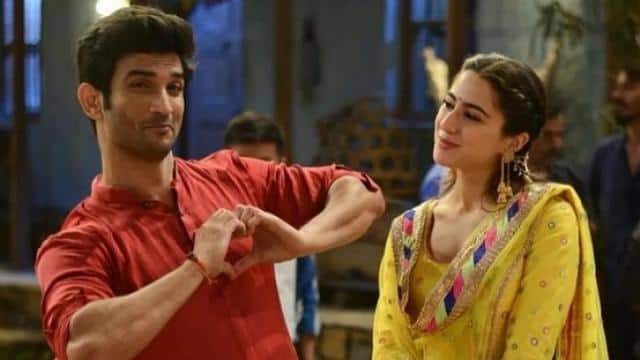 NCB questioned Deepika Padukone, Shraddha Kapoor and Sara Ali Khan on Saturday in the drugs connection of Bollywood. According to reports, Sara confessed during interrogation that she had become close to Sushant during the film Kedarnath.

According to an India Today report, Sara told NCB that she had come to close with Sushant while shooting for the film Kedarnath. Sara also confessed that she used to go to parties at Sushant’s farmhouse. However Sara also stated that she did not take drugs.

According to the Times Now report, Sara confessed that she had gone on a Thailand trip with Sushant. Sara also told NCB that he had never taken drugs.

India.com wrote in a report quoting India TV – In front of NCB team, Shraddha Kapoor has admitted to seeing Sushant Singh Rajput taking drugs in vanity sometime during the shooting of the film.

Shraddha-Sara confessed Sushant used drugs, Swara Bhaskar spoke to the people seeking justice for the actor – is it just or is Bhad Pitwani?

Shraddha said that after the release of the film ‘Chichhore’, the party was organized in Sushant Singh Rajput’s farmhouse. Shraddha has admitted to having Weed and alcohol in the party in front of NCB. According to the report, Shraddha has denied the use of drugs and stated that 6-7 people were present in the party with Sushant’s form house.

Diesel price drops for third consecutive day, know how much the price has become in your city