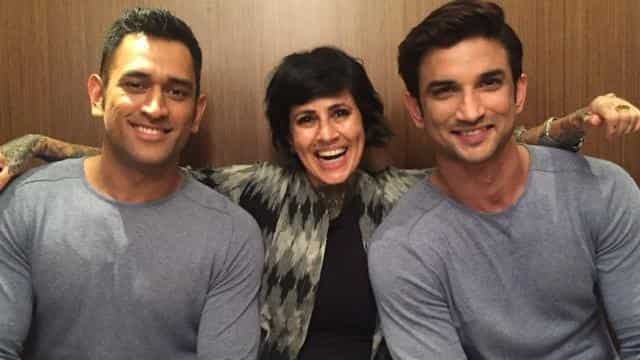 Former Indian captain Mahendra Singh Dhoni’s makeup artist Sapna Bhavnani has deeply mourned the demise of Bollywood actor Sushant Singh Rajput. Along with this, he has made an important disclosure saying that the actor was going through very bad times for the last few years. Sapna worked with Sushant during MS Dhoni’s biopic ‘MS Dhoni: The Untold Story’. She has shared a photo on Sushant’s death in which she is seen alongside MS Dhoni and Sushant Singh.

While captioning this photo, he wrote that there is no secret that Sushant was going through a very bad phase for the last few times. He said that no one from the film industry stood with him in a bad tour, nor did anyone raise his hand for help. After his death today, it is clear how shallow the industry is. Nobody has any friends here. Rest in Peace….