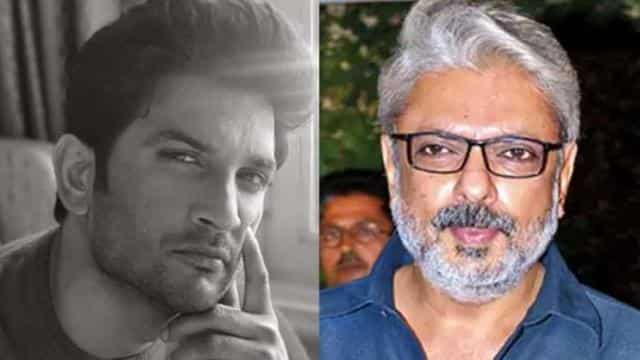 The suicide of Bollywood actor Sushant Singh Rajput has brought the truth of Bollywood to the fore. Polls of many big directors and actors are opening. It is also being said that Sushant Singh Rajput took such a step due to being fed up with many people including Karan Johar, Sanjay Leela Bhansali, Dinesh Vijan, Ekta Kapoor and not getting work. Police have registered a case against all of them. Actress Kangana Ranaut has released a video and has spoken many things about nepotism in Bollywood.

Reports are coming that Bhansali had offered four films to Sushant Singh Rajput. A close source told that Bhansali and Sushant liked each other a lot. According to the Times of India, the source said that many people in the Bollywood industry are mourning the death of Sushant. But very few people know that the bonding between Sanjay and Sushant was quite good. Both loved each other very much. Rather, both were working four times, written on cards. Sanjay Leela Bhansali had offered four films to Sushant. But things did not go well as the dates did not match. Sushant took his stand when Sanjay was attacked in Jaipur. Rajput was removed from his name, which he did while supporting Sanjay.

The source further states that there was a very good bonding not only between Sanjay but also between Ekta and Sushant. Ekta was not only good friend of Sushant but considered him very much. She respected his art. At times he has encouraged Sushant to work on the social media platform. Even Ekta has offered many projects to him.

Bollywood celebs paid tribute to the Galvan martyrs, saying – Salute and respect to the martyred soldiers

Let me tell you that the advocate alleged that some celebrities conspired to boycott Sushant. There were different pressures on it. Conspiracy to commit suicide. Sushant was dropped from seven films. Aditya and Karan plot to not release Sushant starrer film Pani. Sushant was forced to commit suicide by torture for several months. Sushant was from Bihar. He did many hit films. This led to a conspiracy with him. Advocates have made five witnesses including actress Kangana Ranaut, Sushant’s father KK Singh.

Explain that Bollywood actor Sushant Singh Rajput committed suicide by hanging himself in his apartment in Bandra on Sunday (14 June). He was 34. Rajput’s last film on the big screen was ‘Chichhore’ directed by Nitesh Tiwari. Sushant Singh Rajput’s ancestral village is in Maldiha, located in Badhra Kothi (Bikothi) in Purnia, Bihar, while he is a child in Khagaria.