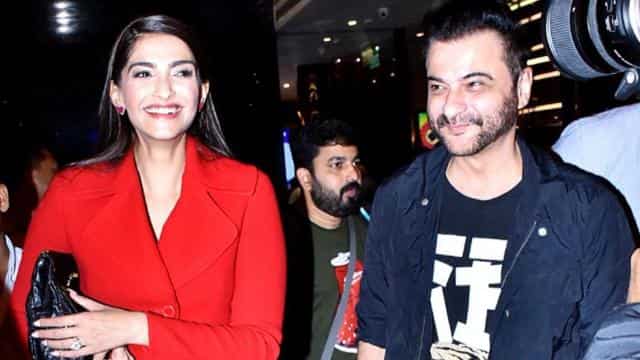 Bollywood actor Sanjay Kapoor remains very active on social media. He often shares information about family and his films with fans. But now he has shared such a photo of Sonam Kapoor, which is becoming fiercely viral on social media.

Sanjay has posted a collage of two photos on Instagram account. The first is a normal photo of Sonam Normal. The second photo has been edited, in which Sonam looks like a boy. While sharing this, he wrote in the caption, Sonam and Jahan Twinning. On social media, users are giving their feedback on this photo of Sonam. One user wrote, Sonam Kapoor’s mail version. At the same time, another user commented that Sonam looks like her brother Harshvardhan Kapoor.

Let me tell you that Sonam is spending time with husband Anand Ahuja at this time. Anand recently shared a video of Sonam on her Instagram account. Interestingly, this video has been secretly recorded by Anand. Sonam came to know about this when Anand posted the video on his Instagram account. In the video, Sonam can be seen doing workouts on the treadmill. They have ear ear plugs and are humming a song.

Posting the video, Anand wrote, My whole world is Sonam Kapoor. Happy birthday month. Sonam Kapoor’s sister Riya Kapoor has also reacted to this post. At the same time, while commenting Sonam Kapoor wrote – How can you record and post my video?

If the government did not do so, the poor would be devastated and the capitalists would become the owners of the country: Rahul