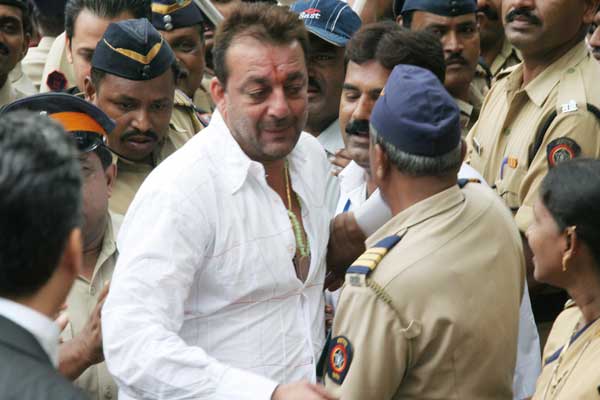 The Maharashtra Governor Vidyasagar Rao rejected the 2013 petition to grant pardon to actor Sanjay Dutt who is currently serving jail term for illegal possession of arms during the 1993 bomb blasts in Mumbai. The pardon was denied on recommendation from the State Home Department of Maharashtra. The officials believed that doing this will only set a bad example in the society.

The petition was filed by the former Supreme Court judge Markandey Katju in 2013. As quoted by The Indian Express, a source revealed, “The state government sent the recommendation to the Governor on September 8 and on September 15 the Governor rejected the petition for granting pardon.” Katju’s petition emphasized that as the actor had served 18 months in jail before he was found guilty by the Supreme Court in March 2013, his case can be pardoned.

The actor was declared guilty by the TADA court in 2007 and hence, a six year imprisonment was given. However, the actor applied for bail after spending 18 months in jail. Later, the Supreme Court announced him to be guilty in 2013 for keeping arms without license.  The actor is currently out on parole since August 27, 2015 as his daughter had to undergo a nose surgery. The 56-year-old actor also faced huge criticism for applying frequent paroles and objections were raised for giving Sanjay Dutt special treatments.

Sanjay Dutt’s jail term will end in February 2016. Apart from Sanjay Dutt, Katju had also filed a petition to pardon another convict Zaibunnisa Kazi involved in the 1993 Mumbai blast case. He clarified his stance by mentioning, “I am not appealing that Sanjay Dutt should be pardoned because he is a celebrity. I am also appealing for pardon to Zaibunnasa Kazi, co-accused who is not a celebrity.”