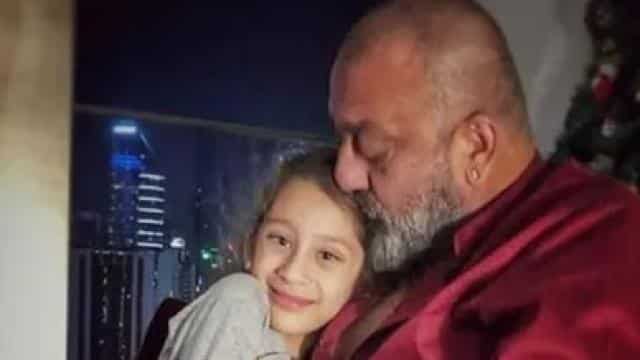 The country has a lockdown until May 31 due to the Corona virus. In Ace, everyone is spending time with family at home from common man to celebs. Meanwhile, many celebrities have been seen cooking in household chores and kitchens. Now Sanjay Dutt’s daughter Ikra was also seen making a special dish in the kitchen. A video of him is also going viral.

Amidst the lockdown, Manyata has shared a video, in which Iqra appears in the kitchen. During this time, she appeared to make a dish with her mind. This video is being liked a lot. Along with this, he has also shared a picture, in which Iqra is seen holding a dish prepared in hand and smiling.

According to the report, Sanjay Dutt is currently alone in Mumbai. At the same time, wife Manyata is living in Dubai with children. During this, Sanjay is constantly making people aware through social media. During an interview recently, Sanjay said that safety of people is the first priority.

According to DNA, Sanjay Dutt said, ‘Many things have been affected by the corona virus, but lockdown is very important for everyone’s safety. I honestly feel that the primary thing is to focus on the well-being of everyone and the safety of our audience first and then entertainment. This may delay many big projects, but it was also necessary to do so for the good of the country.

Corona killed: 60 million people will be trapped in poverty, World Bank has given $ 160 billion aid to 100 countries