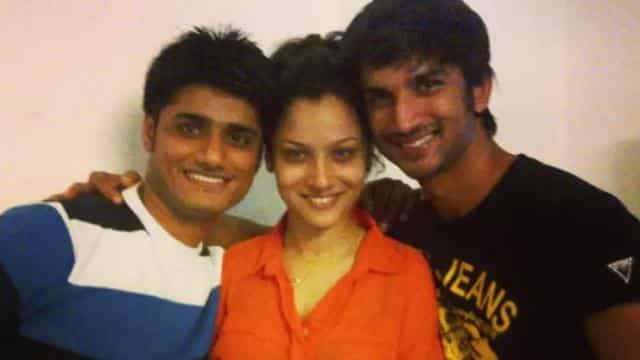 Sushant Singh Rajput’s ex-girlfriend Ankita Lokhande is unable to recover from the actor’s death. He is still in shock. Much has been written on Sushant’s death. The police is also doing its work. The actor is investigating the cause of suicide. People are being questioned. In such a situation, Sushant’s best friend Sandeep Singh is the one who came forward during the actor’s funeral. In a conversation with the Times of India, Sandeep has talked about Sushant Singh Rajput’s ex-girlfriend Ankita Lokhande.

Sandeep says that Ankita remained in touch with Sushant’s family despite the breakup. In these 10 years, Ankita spent the most time with Sushant and remained attached to him. I would say that there is Ankita after the family who is shocked by Sushant’s death. When both were together, Ankita took care of Sushant. When this accident happened, I knew that it would have a deep impact on Ankita. Ankita was always associated with Sushant’s family and he also loved Ankita a lot. Ankita was like a family to him. Sushant’s family was able to associate himself with Ankita. It was very important for Ankita that Sushant’s family visit Patna before he met her.

Significantly, Sandeep had earlier said in an interview to Spotboye that Ankita was not just his girlfriend. He replaced his mother in Sushant’s life. It has been 20 years in the film industry, but I have never seen a girl like Ankita. No one can take care of Sushant like Ankita. She used to do things that Sushant liked. She used to prepare keeping in mind the choice of Sushant. She was his cook of choice. Even the interior of the house was Sushant’s choice.

Sandeep further said that in this way she used to do everything to her liking for Sushant’s happiness. He is very emotional. After reaching a career high, he almost gave up acting for Sushant. He is a well-known television personality and has also been receiving offers from films. Even after the breakup, as many Sushant films were released every Friday, he prayed to God to make his film a success.