Sameera Reddy said – the film refused to do kissing scene, then the director said – anyone can take your place 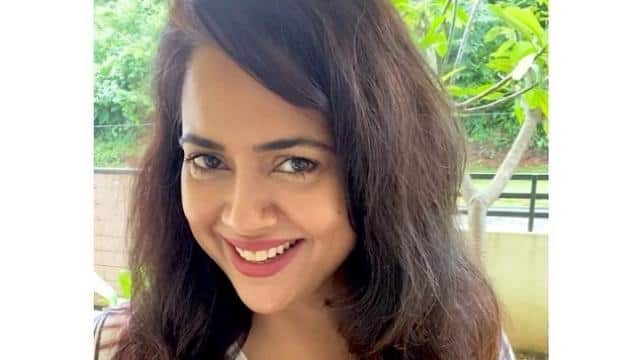 Sameera Reddy has been spending time with her family away from films for some time. Now recently, Sameera shared some of her shooting experiences during an interview. In an interview to Pinkvilla, Sameera said, “I was shooting a film when I was suddenly told that a kissing scene has been added to the film.” Now because there was no kissing scene in the film earlier, I was uncomfortable with doing it. The makers convinced me to do this scene.

Sameera told, I was told that earlier in the film Musafir you gave kissing scene. I said that if I am giving kissing scenes in a film, it does not mean that I will do it in every film. After this I was asked to withdraw from the film.

A few days ago, Sameera gave an important message about real beauty to women. Sameera had said, ‘We should like ourselves as we are naturals. Sameera says that ‘From childhood to becoming an actress, there was always a comment about her color, obesity. But now it doesn’t matter to them ‘.

During this, Sameera shows acne marks on her face and states that her weight is also increased, but she does not pay attention to these things and has fun with children.

Sameera says that we should focus on the duties of being a mother, rather than listening to the people and take mental pressure. Every mother is beautiful in herself.

Akshay Kumar told ‘who was in the cook’, photo viral on social media

How was the reaction of son Taimur Ali Khan on Kareena Kapoor’s pregnancy, the actress herself told

There was no confidence when she was slim, but no longer worried about her body

Sameera had earlier said during an interview, ‘The most difficult time for me was when I first became a mother. You can call it post partum blues or depression. At that time I had quarantined myself for 1 or 1.5 years at home. ‘