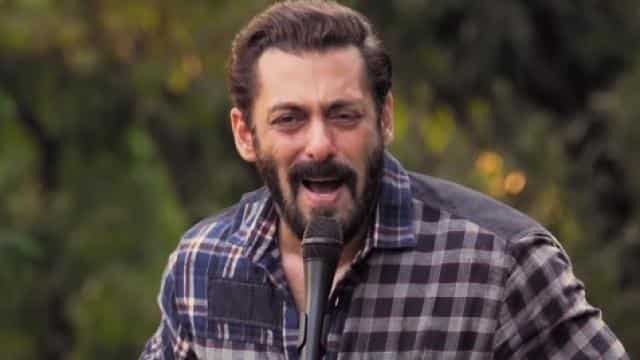 Superstar Salman Khan is currently staying at a farm house in Panvel with family and some close friends. Meanwhile, on the occasion of Eid, he released a new song Bhai Bhai giving special gifts to the fans. Salman has lent his voice to this song and it has received tremendous response from the fans.

Dabangg Khan has thanked his fans on social media. Along with this, he has appealed everyone to show this song to Young Generation. Salman wrote on his Twitter account, ‘Thanks to Bhai Bhai for the response. Listen to this song again and again to Young Generation, your younger siblings, your children etc. Thank you once again, God be with you and protect you. ‘

Thank u for the response on bhai bhai, please make the younger generation hear this song again n again, your younger siblings, your kids etc .thank u 1s again, may God be vit u n protect u.#BhaiBhaihttps://t.co/NpmD2HsaGI

Please tell that Salman’s film Radhe Your Most Wanted Bhai was about to be released on this Eid but it could not happen due to Corona. Meanwhile, Salman gave the fans a special Idi by releasing this song.

Earlier, the actor has released two songs, Pyaar Karona and Tere Bina. Both songs have got the love of fans. The song ‘Pyaar Karona’ was on precaution regarding the corona virus. At the same time, Salman was seen romancing with Jacqueline Fernandes in the second song ‘Tere Bina’.

Shahrukh Khan, his team announced the relief package on Twitter for the Amphon victims