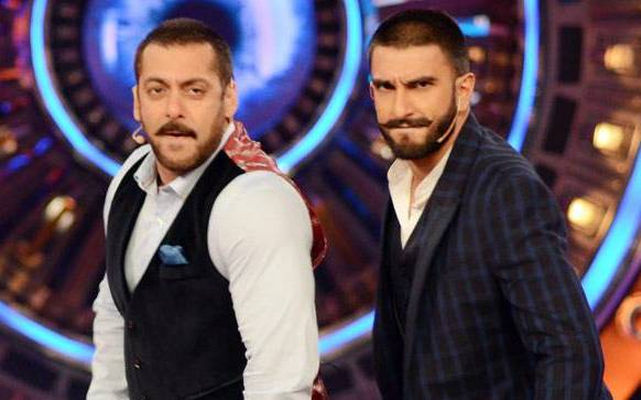 Grapevine suggests that the fourth installment of Dhoom series is going to be a revitalized version of the buddy-cop action film. So, this time, there won’t be Abhishek Bachchan chasing thieves or Uday Chopra cracking silly jokes. It’s going to be a revived version, Dhoom Reloaded: The Chase Continues.

Sources reveal that producer Aditya Chopra wants Dhoom 4 to be a youth-oriented film. Hence, Ranveer Singh has been roped in to enact the role of a cop, while Salman Khan will be the stylish and cool bad guy. For the first time, Salman will be seen portraying negative roles. It is also believed that the actor has also been signed to enact a baddie in Race 3. So far, nothing has been officially confirmed by the makers of the series, but talks are on.

If all goes as planned, then Dhoom 4 is going to set a new record as one would get to see Ranveer’s peppiness and exuberance combined with Salman’s unconventional style.

To be directed by Vijay Krishna Acharya, the makers are yet to finalise the female lead. The shooting of the film will tentatively begin in early 2017.

As quoted by DNA, a source said, “Vijay Krishna Acharya is expected to direct the fourth Dhoom sequel too (he had directed Dhoom:3). A teaser poster was released in December last year. Amitabh Bachchan is also said to be part of Dhoom Reloaded, but the female lead hasn’t been decided as yet.” The location of the fourth series will be completely different from the earlier ones.

Meanwhile, Ranveer Singh is currently busy with the shooting of YRF film Befikre in Paris with co-star Vaani Kapoor. The film is being directed by Aditya Chopra after a break of eight years. While Salman Khan is busy completing the shoot of Ali Abbas Zafar’s Sultan featuring Anushka Sharma.

9 highlights about the film Befikre