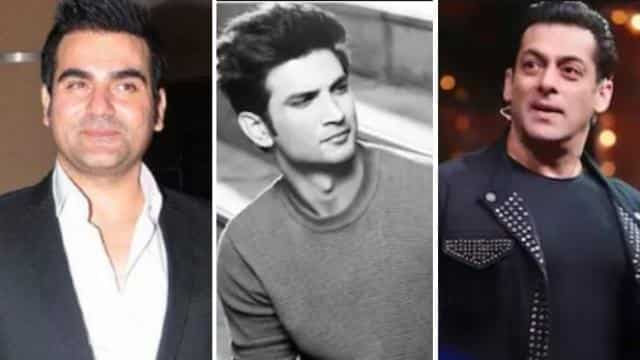 Since the death of Sushant Singh Rajput, there has been a debate on social media, on nepotism. People are considering many celebs as responsible for Sushant Singh Rajput’s suicide. They are expressing their anger against him on social media. Salman Khan is also named in this list. However, Salman’s fans are supporting him completely. Recently, Salman made a tweet requesting fans not to use foul language. Salman wrote, ‘I request all my fans to stand with Sushant’s fans and not use foul language. You try to understand their feelings. In the hour of this crisis, be the support of Sushant’s family because the pain of someone leaving is too much.

Salman Khan has started getting more trolls on social media and Arbaaz Khan has also jumped into this fight while supporting his brother. Arbaaz Khan has defended his brother Salman. He wrote, “The empty mind is the house of the devil.” We had an English proverb in school. I was too young to understand its exact meaning then, but now seeing what is happening all around us, the old saying is now fully understood. ‘

Let me tell you that in the last few days, Salman has been accused of many kinds. Dabangg film director Abhinav Kashyap has made many allegations against Salman along with his family. He blamed Salman for ruining his career. However, Salman’s father has denied Abhinav’s words.

Talk about Sushant at the same time, he committed suicide in his Mumbai flat on 14 June. Police is currently investigating the case. Recently, Riya Chakraborty was also questioned by the police.