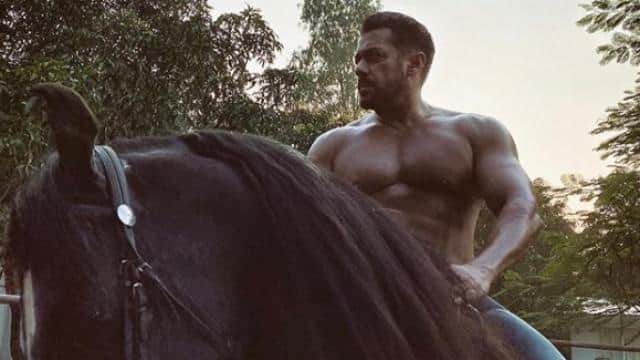 Superstar Salman Khan is not only acting but also in the discussion about his fitness. Even at the age of 54, he has maintained an amazing self. Salman Khan has shared a shirtless photo of himself on social media, which is very much liked. Fans are praising this photo.

Salman Khan shared this photo on his Instagram account. In the picture, he is seen riding. Along with this, he has flaunted his muscular body. On this post of Salman, a fan wrote, ‘Mashaallah.’ The other fans wrote, ‘Brother, do not look at anyone.’ At the same time, a fan described him as the bodybuilding icon of cinema. In this way, the fans are praising Salman’s fitness a lot.

Looking at this photo, it seems that they may have clicked it in their form house. It is known that during the lockdown in the country due to Corona, Salman had lived in a farmhouse in Panvel for a long time. While there, he also released many of his video songs, which were very well received.

These days Salman Khan is hosting the reality show Bigg Boss 14. Apart from this, he had completed the shooting of his new film Radhe: Your Most Wanted Bhai a few days ago. Disha Patni will be seen opposite Salman in the film. Jackie Shroff and Randeep Hooda are also important parts of this film. The film Radhe is directed by Prabhu Deva. There is a buzz that the film will be released on Eid next year.