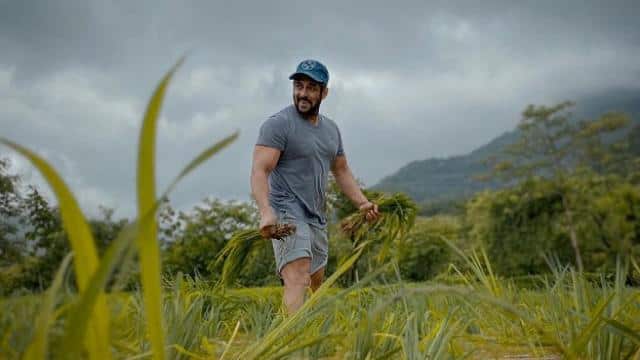 Bollywood’s Dabangg star Salman Khan is currently in his farm house with some family members and Yuliya Vantur. Recently Salman was seen farming on the farm house. Actually, Salman has shared his photo on Instagram. In this photo, he is standing in the middle of the field. Sharing the photo, Salman Khan wrote in the caption, ‘The grain is written on the grain, the name of the eater. Jai jawan jai kisan.’

Let me tell you that a few days ago the news came that Salman helped the wife of a spot boy of the film industry who has been fighting a battle of cancer for a long time.

According to the report, Spot Boy’s wife is undergoing treatment at Tata Memorial Hospital. At the same time, doctors sought 2 lakhs from Spot Boy for a surgery. Spot Boy asks Salman Khan for help to save his wife. As soon as Salman came to know about this, he immediately asked his Being Human organization to assist Spotboy.

Radhe will be seen

Talking about Salman’s professional life, he will soon be seen in the film ‘Radhe: Most Wanted Hero’. The film will also feature Disha Patani and Randeep Hooda in the lead roles. The film was scheduled to release on Eid, but the film’s release date has been postponed due to the lockdown. It is being said that the film may be released on Diwali.

Coronavirus will remain on share market, financial results will also be monitored