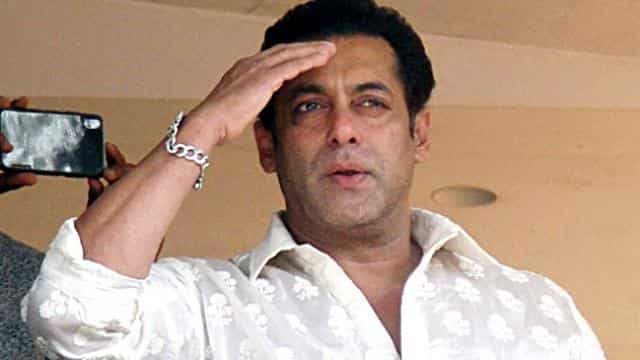 Bollywood superstar actor Salman Khan is constantly helping Karona Warriors, the poor, migrant laborers and others associated with the film industry in the lockdown. Recently he donated 1 lakh sanitizers to Corona Warriors. It is now reported that Salman has come to the aid of troubled theater artists and staff. This information has been given by the youth army leader of Maharashtra, Rahul N. Kanal. Please tell that the CM of Maharashtra, Aditya Thackeray and Mumbai Police have praised Salman Khan’s good works.

Rahul N Kanal tweeted that Salman Khan has done the job of providing ration to these theater staff. This ration packet includes 5 kg of rice, wheat flour, vegetables, oil, salt, spices and tea leaves. According to Rahul, when we heard about the cast and staff of the Shri Shivaji Mandir Natya Griha, we were very sad and went straight to Salman Khan. Salman immediately agreed to help these people.

Thank you @BeingSalmanKhan bhai for being there for one and all, specially theater artists and theater staff across Mumbai and we started first 186 staff through @AmeyGhole bro … thank you for being there …@ upalakbr999 ji for connecting us with others as well 🙏🏻 #BeingHaangryy pic.twitter.com/p5G6B4TAD3

Let me tell you that earlier Salman Khan helped the daily laborers, while the film industry’s dwarf actors also helped financially. Some time ago he was seen sending ration items from his farmhouse to the poor for distribution. Along with this, Salman Khan donated 10.50 crores.

A woman pleads with Sonu Sood for help, says – I can’t live with my husband, the actor gave a funny answer