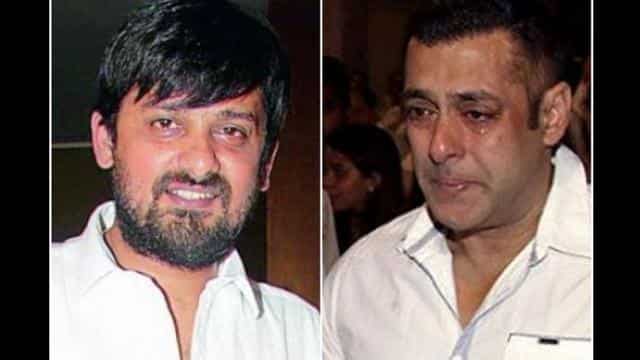 Wajid Khan has passed away from Sajid-Wajid, the duo of Bollywood’s famous musician brothers. Wajid Khan was 42 years old. The duo of Sajid-Wajid have composed music in many Bollywood hits. Wajid has even lent his voice in many Salman films.

Salman is deeply saddened by the death of Wajid. Salman tweeted, ‘Wajid will miss you a lot. Love you and may your soul rest in peace. ‘

Wajid Vil always love, respect, remember n miss u as a person n ur talent, Love u n may your beautiful soul rest in peace …

Let me tell you that Sajid-Wajid had made his Bollywood debut from Salman Khan’s film Pyaar Kiya To Darna Kya and after that he gave music in many films of Salman such as Garv, Tere Naam, Tumko Na Bhool Ke Liye, Partner and all of Dabangg In parts.

Apart from this, Wajid has also given his voice in Salman’s popular songs Mera Hi Jalwa, Fevicol and Akshay Kumar’s song Chinta Ta Chita Chita. The last songs that Wajid composed were also from Salman, Pyaar Karona and Bhai-Bhai. These songs were recently released by Salman on his YouTube.

EXCLUSIVE: Wajid’s mother has no luck in son’s final farewell, news of son’s death not heard due to this

Salim Merchant gave information about the death of Wajid

Devastated with the news of the passing away of my brother Wajid of Sajid -Wajid fame. May Allah give strength to the family 🙏

Salim had informed about the death of Wajid. He had tweeted, ‘I am disturbed by the news of the demise of my brother Wajid of the Sajid-Wajid duo. May Allah give strength to his family. Wajid bhai you left very early. This is a big loss for our community. I am shocked and broken ‘.

Unlock-1: Banks will be closed for so many days in June, 56 holidays till December