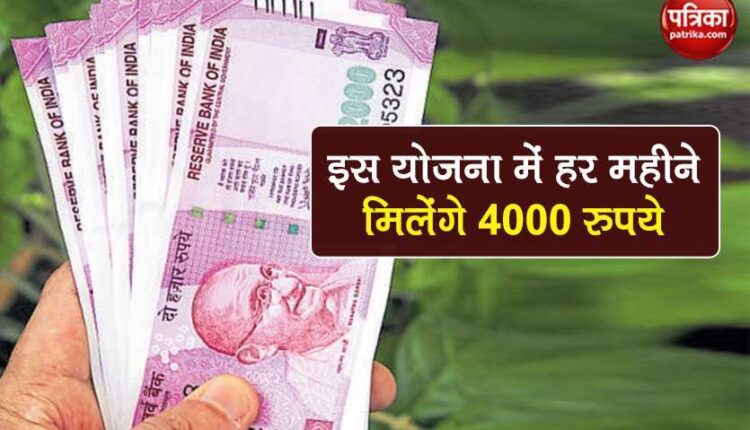 new Delhi.
Sakhi Yojana Uttar Pradesh: The Central and State Governments are running many schemes for employment, empowerment and development of poor and rural women. The Banking Correspondent Sakhi Scheme (Sakhi Scheme 2020) was started in Uttar Pradesh on 22 May 2020. Employment for Womens is provided to women of the state under this scheme. They also get financial help. The purpose of this scheme is to provide employment to migrant workers as well as improve the banking system of the state.

You will get benefit of government schemes as soon as you add post office account to Aadhaar, know how to link

What’s the plan?
The full name of the Sakhi scheme is Banking Correspondent Sakhi Yojna. Banking facilities will be extended to villages under the Sakhi scheme. Under this scheme, the women of the village will connect to the banks and inform about the transaction of money from door to door. Under this scheme, the government has set a target of giving jobs to about 58 thousand women.

58 thousand women will get employment
The scheme envisages the deployment of Sakhi (banking correspondent) to deliver banking services to rural areas. Around 58,000 banking Sakhi will be installed at the beginning of the scheme. These Sakhi will be given commission in exchange for work. The scheme provides employment to women who are financially weak.

How will you get benefits?
The scheme will cover economically weaker women, who will provide banking facilities to the people in the villages. These women will get a salary of Rs 4,000 per month for 6 months. Apart from this, people will also get commission for conducting banking transactions. It is also expected to significantly improve the banking system.

KVP Scheme: Invest in this scheme of Post Office, money will double by guarantee, know everything

How to apply
The state government has started this scheme, but the government will provide detailed information about the application.

Corona has caused 37 million people to be very poor