Sakhi Yojana: 4000 rupees will be available every month in this government scheme, this way can benefit 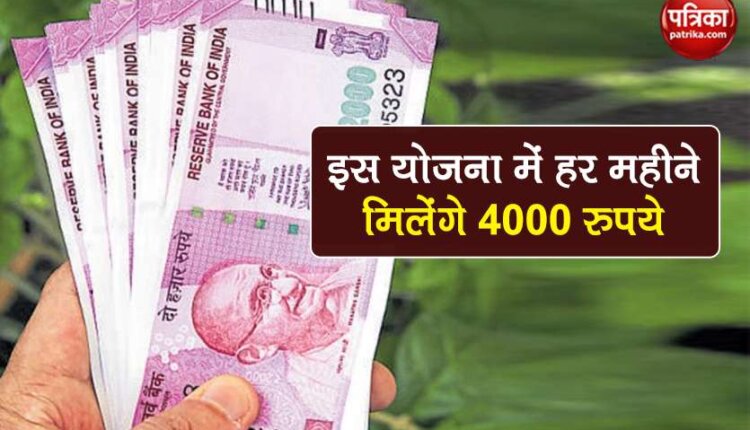 new Delhi.
Sakhi Yojana Uttar Pradesh: Uttar Pradesh Chief Minister Yogi Adityanath (Yogi Adityanath) started the Sakhi Scheme 2020 on 22 May 2020. The main goal of this scheme is to provide economic benefits to the women of the state (Employment for Womens). Employment opportunities will be provided to the women of the state under this scheme. Along with providing employment to migrant workers, the state government has also taken major initiatives to improve the banking system of the state. Banking facilities will be extended to villages under the Sakhi scheme.

Post Office MIS 2020: The opportunity to earn Rs 59,400 in this post office scheme, can benefit this way

58 thousand banking friends posted
The scheme envisages the deployment of Sakhi (banking correspondent) to deliver banking services to rural areas. Around 58,000 banking Sakhi will be installed at the beginning of the scheme. These Sakhi will be given commission in exchange for work. The scheme provides employment to women who are financially weak.

What is the plan?
The full name of the Sakhi scheme is Banking Correspondent Sakhi Yojna. Under this scheme, the women of the village will connect to the banks and inform about the transaction of money from door to door. About 58 thousand women will get jobs under this scheme of UP government.

How will you get benefits?
The scheme will cover economically weaker women, who will provide banking facilities to the people in the villages. These women will get a salary of Rs 4,000 per month for 6 months. Apart from this, people will also get commission for conducting banking transactions. It is also expected to significantly improve the banking system.

How to apply
The state government has started this scheme, but the government will provide detailed information about the application.

HCL Technologies becomes the 10th largest company in the stock market, know how much…

Happiest Minds Happy Investors As soon as they are listed in the stock market, know…

VIDEO: Sushant Singh Rajput’s first wax statue made in this…