Sajid Khan shared emotional video of Bhai Wajid, said- My brother is a legend and the legend never dies 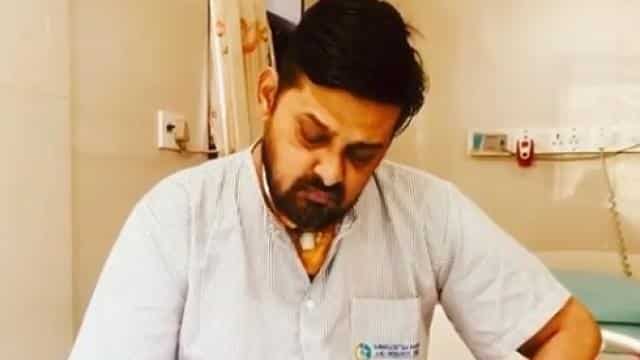 The entire Bollywood industry is shocked by the demise of Bollywood’s famous music director and singer Wajid Khan. All the stars paid tribute to Wajid and expressed their grief at his leaving the world. This is nothing short of a shock for Wajid’s brother Sajid. Now Sajid has shared an unseen video of Bhai Wajid, in which he is seen playing the piano.

This video of Wajid is viral on social media. In the video, Wajid is seen sitting on the bed in the hospital. He is seen playing the piano with the help of the app on mobile. What Sajid has said in the caption of the video is very emotional. He shared the video and wrote, “The world missed, everything missed, neither did you ever leave music and neither music left you.” My brother is a legend and the legend never dies. I will love you forever In my happiness, in my prayers, you will always be in my name. ”

Rani Chatterjee made of Sabiha to shoot in the temple, actress revealed the real reason for changing the name

It is clear in this video that Wajid did not leave the music till his last breath. Earlier, a video of him went viral, in which he was seen singing the song title song of the film Dabangg 3. This song of Salman Khan’s film became quite popular. Let’s say that Sajid-Wajid is Salman Khan’s favorite music director. The duo composed music for several Salman films.