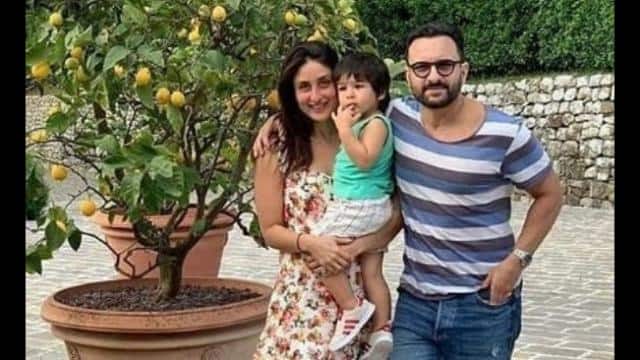 Saif Ali Khan talks openly about the career choices of his sons Ibrahim Ali and Taimur Ali. On the question of sons joining the film industry in a recent interview, Saif Ali Khan said that his children can follow in his footsteps. Saif said that Taimur can also become an actor as he is entertaining people already.

According to a Spotboy report, Saif said, ‘My mother started doing films from the age of 16. He has done a lot of work with Satyajit Ray and has done three-four films with him. My sister has also done films, my wife, my X Vive too. We have all worked in films. My daughter, my elder son also wants to become an actor and I think that Timur will also become a definite actor going forward. He has been entertaining people since now.

Bigg Boss 14: Rashmi Desai got an offer for Salman Khan’s show, know what the actress said

Saif said in an old interview, ‘It seems that Ibrahim is ready for his acting career. Why shouldn’t there be more? I want to see every child in this profession. This is the best place to work. I remember when I was 17-18 years old and I was stuck. Then the acting saved me from wandering. Let us tell you that Saif Ali Khan is currently in Dharamshala, Himachal Pradesh with Taimur Ali Khan and Kareena Kapoor. Saif is shooting for the film ‘Bhoot Police’ with Arjun Kapoor and Jacqueline in Dharamshala.

This picture of Timur Ali Khan was fiercely viral-

Kareena Kapoor Khan keeps sharing photos from Dharamshala. Recently he shared a photo of Timur in which he is eating French fries. Sharing the photo, Kareena wrote, ‘Someone wants to eat French fries?’ This photo of Timur is clicked by Arjun. Kareena further wrote, ‘Thank you Arjun Kapoor for being our official photographer.’