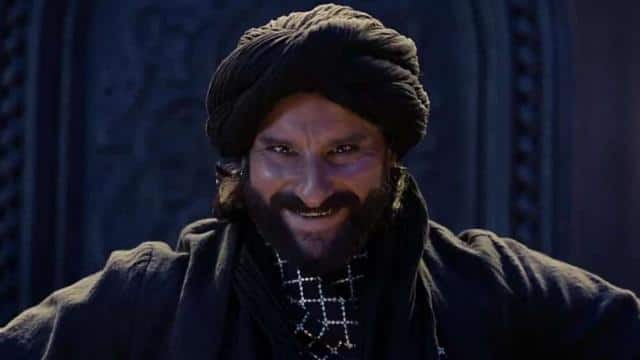 After Bollywood actor Saif Ali Khan, ‘Tanhaji’ will now be seen in another film in the role of the dreaded villain. The characters of the film Adipurush have been announced. The film is being directed by Om Raut. In this, Prabhas is in the lead role, while Saif Ali Khan will be seen in the role of Lankesh. Kareena Kapoor Khan has shared a new poster of Adipurush which is being very well liked.

Kareena wrote in the caption, Meet the most handsome villain in history … My Man Saif Ali Khan. This film is very much discussed about the story. The film is said to be inspired by the story of Ramayana. This film, made with a huge budget, will serve to write a new record in the history of Hindi cinema.

Om Raut had announced a day earlier that there would be a big announcement on Thursday morning at 7.11 am. While sharing the post on Instagram, Prabhas wrote, 7,000 years ago, the world’s smartest demon lived. 7.11 am. After this, the fans were speculating who would play the role of Villain in the film. Well, today the curtain has been lifted.

Significantly, Saif Ali Khan and Om Raut have previously worked in the film Tanhaji: Unsung Warrior. Saif played a negative character in the film, which was well liked. In this, Ajay Devgan was seen in the lead role, while Kajol played his wife’s role.

Isha and Akash Ambani included in Fortune’s ’40 Under 40′ list, these two more youngsters also made a place