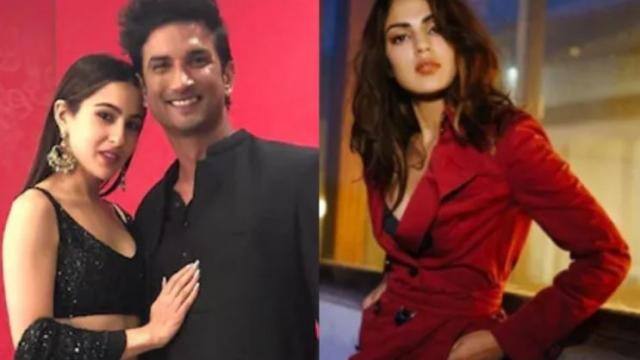 The suicide of late Bollywood actor Sushant Singh Rajput raises many questions. Recently, the late actor’s father KK Singh had filed an FIR against 6 people including Riya Chakraborty in Patna. In this connection, CBI is now investigating the case. Recently, Riya Chakraborty interviewed a news channel. In it, he was questioned about the cost of Europe trip with Sushant. After this, it was also revealed that Sushant had gone on a Thailand trip in December 2018.

There he spent around 70 lakh rupees. It was an ‘All Boys’ Trip. But now news is coming that Sara Ali Khan was also present in this trip. Actually, Sushant’s friend Sabir Ahmed says that Sara Ali Khan was present on a Thailand trip with Sushant. Times Now also has photos of the ticket for this trip. Thailand had 7 people in total. It consisted of bodyguards of Sushant, Sara, Siddharth Gupta, Kushal Zaveri, Abbas, Sabir and Sushant.

Sabir further states that Sushant’s YB PRO team was a trip with Sara Ali Khan and two staffers. In December 2018, all of us went to Thailand by a private jet. Sushant and Sara spent the first 5 days on the beach. After this both of them went to stay at the hotel.

‘Nagin’ fame Anita Hasanandani is pregnant, shared the good news to the fans

Both were in a relationship at the time of the film ‘Kedarnath’, some time before this news came out. However, Sara Ali Khan has not yet made any statement regarding this. Sushant’s friend Samuel Haokip broke the news of the two’s relationship on Instagram and also wrote a post related to it. Then later both of them had a breakup, when Sushant’s film ‘Sonchidiya’ failed at the box office in the year 2019.