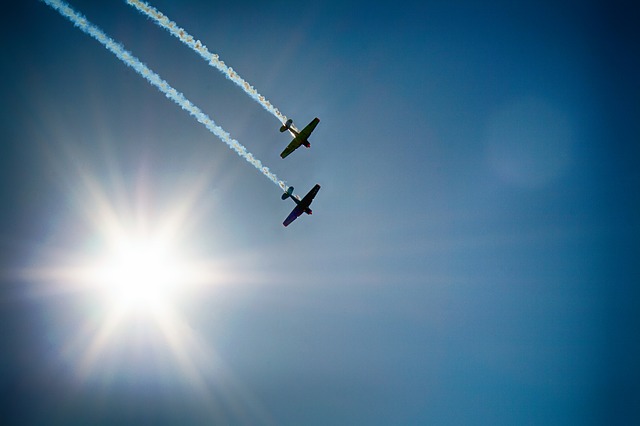 Tanbul/Moscow: A Russian warplane was shot down by Turkey on Tuesday, with the reason being the violation of Turkish airspace and repeated violation in spite of prior warnings. Russia claims that the plane had not crossed the Border of Syria touching the Turkish skies.

Russia’s defence ministry said, “We are looking into the circumstances of the crash of the Russian jet,” and also added, “The ministry of defence would like to stress that the plane was over the Syrian territory throughout the flight.”

Russia said that an artillery fire brought down their Su-24, but Turkey claimed that the Russian plane was shot down by their F-16s due to repeated trespassing. The ministry also said that the pilots were safe after they parachuted themselves but were yet to contact Moscow.

A video footage revealed that the warplane was on fire before it crashed onto a hill. The two members of the crew had landed safely with the help of a parachute.

A private Dogan news agency based in Turkey reported that two of Russian helicopters flying right above the Turkmen Bayirbucak region were looking for the two pilots. Footage from Haber Turk TV revealed a plane coming down partially in flames leaving behind a plume of smoke.

Turkish military stated that the warplane had entered the Turkish airspace above Yayladagi town, Hatay province. Before the origin of the plane was confirmed, “On November 24, 2015 at around 09.20am, a plane whose nationality is not known violated the Turkish airspace despite several warnings (10 times within five minutes) in the area of Yayladagi, Hatay,” “Two F-16 planes on aerial patrol duty in the area intervened against the plane in question in accordance with the rules of engagement at 09.24am”

Turkish foreign ministry summoned the ambassador representing Russia, on Friday, and demanded Russia to shut down any operation that targeted Turkmen villages in Syria. The ambassador Andrey Karlov was, in fact, warned of the course of the meeting that Russian operations would face consequences if they were to continue.

That area in Syria is under the control of several groups such as the Nusra front, Al-Qaida’s Syrian branch and Local Turkmen fighters. The head of the Britain-based Syrian Observatory for Human Rights; Rami Abdurrahman stated that the warplane crashed in the Latakia coastal province in the region of Turkmen mountains.

The previous month, the Turkish jets had shot down in a similar way, an unidentified drone that had violated the airspace rules of Turkey.

A few years ago, After Syria had shot down a plane from Turkey; Turkey changed its rules of engagement. The new rules say that Turkey would consider all “elements” coming from the Syrian end as the threat from the enemy and would take the required action.

Team “Tamasha” goes on a train ride from Mumbai to Delhi