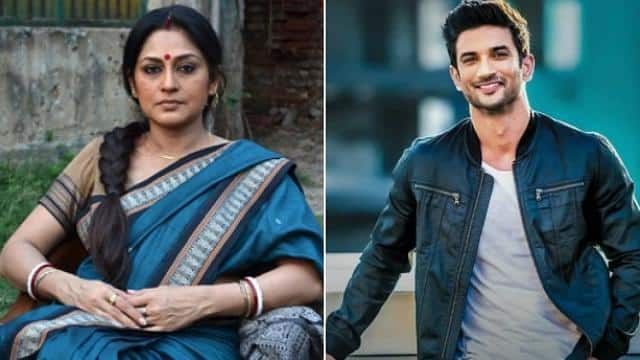 Rupa Ganguly has been demanding a CBI probe ever since the death of Sushant Singh Rajput. Roopa Ganguly has again raised many questions on Sushant’s death. He has tweeted several back to back. Rupa tweeted, ‘All doctors, medical experts, forensic expert please tell us whether the questions being asked are not appropriate? Sushant’s death is due to suffocation due to hanging, but can’t the same thing happen due to strangulation? ‘

Rupa wrote about Sushant’s face and body language after suicide, wrote, ‘I would like to ask the medical expert, forensic expert, whether we should not bother about what should have been the change in facial expression after suicide, It was not as if the face turned black, foam came out of the mouth ‘.

He then tweeted, ‘You guys let such a promising child go? This land, this sky, these stars … You will not forgive people ‘.

Explain that in the Sushant case, Mumbai Police is investigating every aspect. Whatever is suspected, the police is sending him summons and calling him for questioning. Not only this, the police have captured CCTV recordings of Sushant’s building.

Riya wrote on Instagram, ‘Still struggling to cope with my feelings … You are the one who taught me to believe in love, made me realize the power of it. Taught me how to understand the meaning of life with a simple mathematical equation. I am promising that I have learned from you every day. He further wrote, ‘I know that you are in a more peaceful place now. The moon, stars, galaxies must have welcomed you with open arms. I will wait for you and ask you to come back. You were everything that a beautiful person can be. ‘

Shekhar Kapur claims – theaters will not open for a year, OTT will have to take a stand for the release of films

When Kangana said that she was a Kshatrani, Anurag said – attack China; Got an…

VIDEO: Sushant Singh Rajput’s first wax statue made in this…

When Kangana said that she was a Kshatrani, Anurag said – attack…