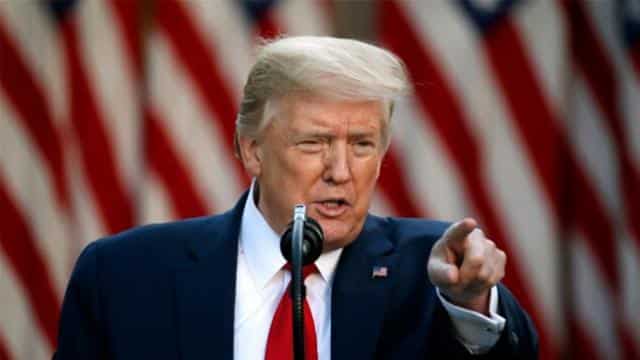 Facebook CEO Mark Zuckerberg has once again defended his decision to retain Trump’s post, with resentment within the company over taking action on the disputed post made by US President Donald Trump. In a virtual town hall with staff on Tuesday, Zuckerberg said the post had “not violated policies”.

Also read: US to check digital service tax of many countries including India

The town hall was organized on Monday to address the outrage among employees in protest against the huge social networking policies regarding the controversial post. This was done with Trump’s controversial post – “When the robbery begins, the shooting begins”. The post was made in protest over the protests following the death of African-American George Floyd.

According to a Wall Street Journal report, Zuckerberg said he would begin reviewing the moderation procedures and change the way the company dealt with such harmful material. Let me tell you that at least two Facebook employees have resigned against the company’s stance after Trump did not act on a disputed post about the Minnesota protests.

David Gillis, director of product design at Facebook, said in a tweet, “I believe Trump’s ‘When the loot starts, the shooting starts’ tweet” (cross posted on FB), encourages extra-judicial violence And increases racism. I respect Twitter’s team for the Enforcement call. ”

Twitter had last week issued a fact check warning on Trump’s post over a disputed tweet. Zuckerberg wrote, “We’ve looked at that post very closely to see if it’s a violation of our policies.” Our policy on inciting violence allows the use of force in the state to be discussed. However, I think the situation today raises important questions about the potential extent of that discussion. “

In Kerala, Anushka Sharma wrote a post, filled with firecrackers fed to pregnant elephants, and wrote a strict law.