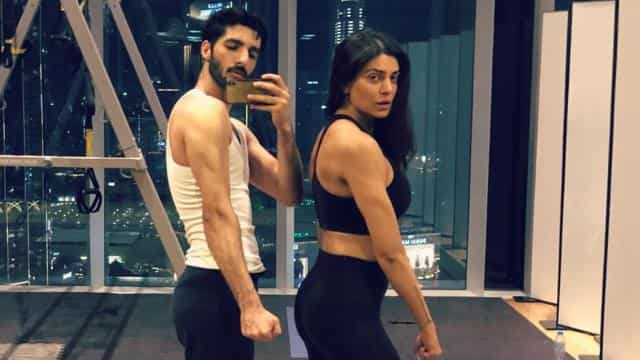 Bollywood actress Sushmita Sen is all set to rock the acting world once again from the web series Arya. The series will be released on Disney Hotstar on June 19. Apart from this, Sushmita is in the news for her relationship with boyfriend Rohman Shawl. There is a big difference in the age of both. Rohman is 15 years younger to Sushmita. At the same time, the actress is 44 years old. Now Sushmita has revealed that Rohman kept her age hidden from her.

During an interview with the film Companion, Sushmita Sen said, “In the beginning, she hid her age due to some reasons. I used to ask them how old are you? You look very young He used to say what do you do? Later I realized how young he is to me, so he did not want to get into all these things. I feel that we were destined to meet like this. ”

During an interview recently, Sushmita told that she is very excited about her web series Arya. He said, “Arya represents all the weaknesses in a world full of strength, hard resolve and crime, a world run by men. Personally for me it is a story of family, betrayal and a mother who is a child of her own.” Willing to go to any extent for defense. ”

He told that it took me a decade to get such a role and I am thrilled to be a part of this incredible story. I am thankful to Ram Madhwani and his team for giving me such a lifetime role. “The series is directed by ‘Neerja’ fame director Ram Madhvani. It will feature Chandrachud Singh as Sushmita’s husband, who is involved in illegal drug trade Contains.

Yash Raj Films asked- Which songs do you like to dance to? Abhishek Bachchan said- on the song Kajrare