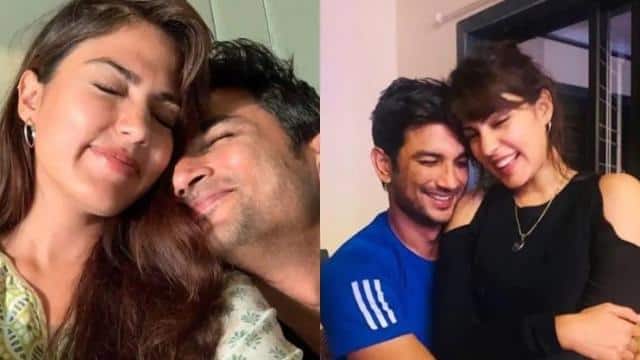 In the case of Sushant Singh Rajput’s death, Riya Chakraborty’s lawyer has given clarification in this case after the drugs angle came out from WhatsApp chat. The lawyer has issued a statement saying that actress Riya has never taken drugs and she is ready to undergo a blood test at any time. The CBI investigation into Sushant Singh Rajput’s death is on and meanwhile allegations are being made that 28-year-old Riya Chakraborty was in contact with drug dealers. These allegations are being made on the basis of WhatsApp chats recovered from his phone.

Since the death of Sushant, speculation about its reasons has been going on for the last two months. Following the Supreme Court’s order last week, the Central Investigation Agency (CBI) has started an investigation into the case. Now after the angle of drugs is revealed, it is expected that the CBI will also include this aspect in its investigation.

Neena Gupta said- ‘If my husband does not like his daughter, I would never marry him’

According to sources, the Enforcement Directorate (ED) confiscated Riya Chakraborty’s phone for investigation in the case of money laundering and WhatsApp chats were found from him. The ED team is investigating the death of Sushant Singh. These WhatsApp chats have been made available to the CBI team. Sources said that WhatsApp, who came into the discussion, had a conversation in Riya Chakraborty’s phone to buy drugs from a save number in the name of ‘Miranda Sushi’.

Such is the angle of drugs in Sushant case

The drug angle in the Sushant case is revealed by Riya Chakraborty’s WhatsApp chat. According to a Times Now report, Riya Chakraborty has talked about drugs like MDMA in a WhatsApp chat. He has spoken to several people, including Gaurav Arya, who is reportedly being described as a drug dealer. It is being told that these are retrieve chats, which Riya had deleted earlier. In a WhatsApp chat, Jaya says to Riya Chakraborty, “Put 4 drops in tea, coffee or water and let it drink.” Wait 30 to 40 minutes to see the effect. ”The talk between the two took place on November 25, 2019.