Riya Chakraborty’s lawyer claims: So far we have not received summons from CBI in Sushant Singh case 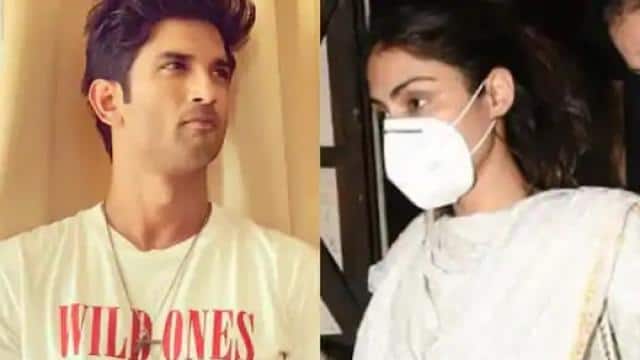 Whether or not Riya Chakraborty has been summoned by the CBI for questioning in the Sushant Singh Rajput death case is yet to be officially confirmed. However, according to actress Riya Chakraborty, till now she or her family have not received summons from the CBI in connection with the investigation of Sushant Singh case. This information was given by his lawyer this morning.

Riya Chakraborty’s lawyer Satish Manashinde said that Riya Chakraborty and her family have not yet received summons from the BCI. If they are summoned, they will be present before the agency.

Rhea Chakraborty and her family have not received any summons from the Central Bureau of Investigation, so far. If they receive a summon, they will appear before the agency: Satish Maneshinde, lawyer of actor Rhea Chakraborty#SushantSinghRajput

The family of Sushant Singh Rajput has made Riya Chakraborty the main accused in the case and accused him of financial fraud and abetment to suicide. Sushant Singh’s father KK Singh has made an FIR in Patna, which the Supreme Court has accepted as correct and has cleared the CBI investigation.

Earlier, 28-year-old Riya Chakraborty has appeared before the Enforcement Directorate twice. KK Singh has accused Riya of transacting crores of rupees from Sushant’s account. Let us know that many CBI teams in Mumbai are trying to solve the case. The Supreme Court on Wednesday handed over the investigation into the alleged suicide case of Rajput to the CBI. After this, the CBI started investigating.

Ladli Scheme: Special scheme of the government, will get Rs 5,000 every year, know how to apply