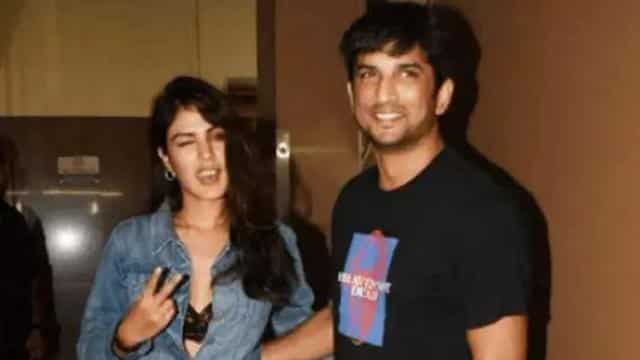 Sushant Singh Rajput was to make his next film with filmmaker Rumi Jaffrey. Riya Chakraborty was to play the lead role with Sushant in the film. Now Rumi recently talked about Sushant and Riya. Speaking to Pinkvilla, he said, ‘Riya told me that Sushant is in depression. Even Sushant told me this about 5-6 months ago. I asked him many reasons for this, but he does not say much. I also did not force much because I thought he might not want to talk about it ‘.

Rumi further said, ‘Riya used to call me and call her at her house. She used to say, Sir, you come and sit with you, you get some positive energy, you are happy. I knew that Sushant was depressed and was on medication.

Rumi said, ‘Sushant did not want to leave acting. He was very intelligent. We used to talk long on farming. Not only that, whenever Sushant used to come to my house, he used to visit my garden.

Sushant Singh Rajput, who produced this film, shared the poster

Rumi continued, ‘I tried to talk to Riya, but she is very sad right now and is not picking up the phone, then I spoke to her mother’.

Rumi said about Sushant, ‘He used to like me a lot. Used to prank with me. I messaged him on 12 June and he replied emotionally. I still read his message again and again.