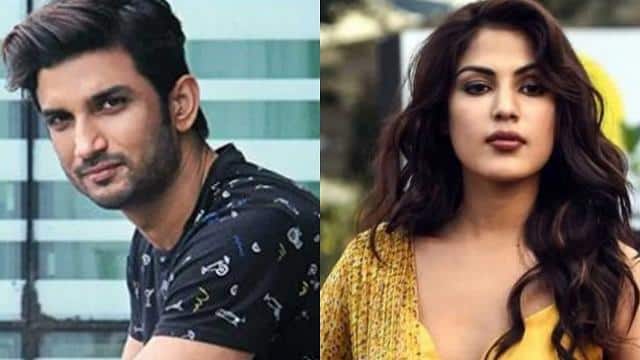 The CBI, NCB and ED are investigating the case of Sushant Singh Rajput’s death. The Narcotics Control Bureau (NCB) questioned actress Riya Chakraborty on Sunday after the drugs angle surfaced. Several questions and answers were asked in the six-hour questioning from Riya. According to sources, Riya Chakraborty confessed during the investigation that she used to provide drugs to Sushant through his brother Shouvik Chakraborty. At the same time, Riya also knew that her brother buys drugs from Sushant Basit for Sushant.

NCB interrogated Riya for hours and again called the office for questioning on Monday. NCB official Sandeep Wankhede said that we have recorded the statement of Riya Chakraborty. But she was late today so that if the inquiry could not be completed, she would have to come tomorrow also. Please tell that Sandeep Wankhede is also among the officials who questioned Riya.

We have recorded #RheaChakraborthy‘s statement. But, because of her late arrival today, the investigation could not be completed. So, she has been summoned tomorrow as well: NCB Zonal Director, Sameer Wankhede, in Mumbai pic.twitter.com/m3orI9BdH4

According to media reports, both Shouvik and Miranda have admitted that they had bought drugs only on the advice of actress Riya Chakraborty. At the same time, the report also revealed that Riya Chakraborty’s credit card was used to purchase drugs. Many people, including Samuel Miranda, have been involved in this whole affair.

Riya’s lawyer Satish Satish Mansinde recently gave a statement that Riya is ready for arrest. He also said that Riya has not approached the court for anticipatory bail.

Mansinde said, ‘Riya Chakraborty is ready for arrest because it is a witch-hunt. If it is a crime to love someone, then they will have to suffer the consequences of their love. Being innocent, he has not approached any court for anticipatory bail in cases filed by Bihar Police, CBI, ED and NCB.