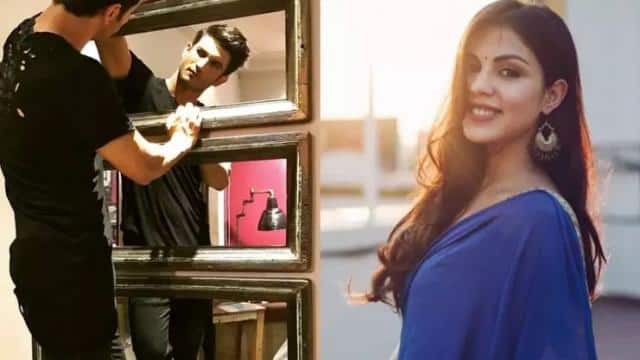 Bollywood actress Riya Chakraborty recently shared a photo of her and Sushant Singh Rajput’s WhatsApp chat. He had shown that Sushant was angry with his sister Priyanka. He described the sister as ‘mind-altering’ and ‘bad habit’. On this matter, now the statement of Vikas Singh, lawyer of Sushant Singh Rajput’s family has come out. Talking to Times Now, Vikas says that this is a way to spoil the image of Sushant’s sister. Riya Chakraborty did all the things that Sushant could get away from the family.

Let us tell you that actor Sushant committed suicide by hanging himself on the morning of 14 June. 44 days after the actor’s death, father KK Singh lodged an FIR in Patna against 6 people, including Riya Chakraborty. The case is now in the hands of the CBI.

Has Mouni Roy done a secret engagement? Ring of flaunt by sharing video

Sushant’s X-Assistant’s statement regarding Riya
Sushant’s ex-assistant Sabir Ahmed has told a few things about Riya and Sushant. Sabir told Pinkvilla that Riya had pushed Sushant away from the people. Sabir said, ‘Riya had fired the old staff and hired new people’.

Sabir said, ‘I don’t know how true this is, but after we left, the people who were working there used to say that they had to ask Riya for every work of Sushant. Riya had to say everything and she used to do it all. While we used to work, I used to stay on the same floor because we had to wake up Sushant sir in the morning ‘.