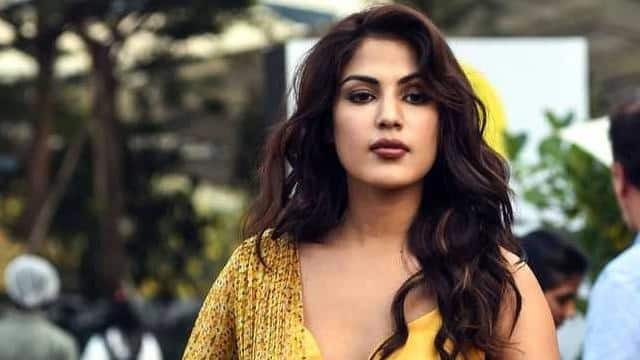 A video of Riya Chakraborty was going viral on social media. In this video, Riya says, ‘My boyfriend is a goon, but he doesn’t know Apun Tai. What about the Tai people that have their own class’. Apun makes hooliganism with goons. Riya meanwhile says don’t record videos, man. When this video of Riya started going viral, she got to hear a lot of negative comments. After which Riya’s team has clarified on this video.

Riya’s team clarified that they had done a stand up comed act for their friends. This is a fun video.

Please tell that Sushant’s father KK Singh has lodged an FIR against Riya, in which he has made many serious allegations against her. In this, he also accused Riya of inciting Sushant to sue him.

On the other hand, Riya on Friday broke the silence on the allegations against her, saying that she has full faith in the justice system and God. Riya Chakraborty said through the video, ‘I have full faith in God and the judiciary. I will surely get justice. Many big things were said about me. My lawyer has not declined to comment on this for now.

Please tell that Riya filed a petition in the Supreme Court, demanding transfer of the case to the Mumbai Police. Riya has said that she has no hand in Sushant’s suicide.

Riya wrote in the petition that she left Sushant’s flat on June 8 and went to her house. Sushant was suffering from depression and was also taking anti-depression medication. Apart from this, Riya also said in the petition that as per Section 177 of CrPC, investigation and hearing of criminal case can be done only where the crime has taken place. Along with this, he demanded transfer of the case to Mumbai.

Kangana Ranaut, who has raged on Eros Now, said – OTT platforms have become…

Manasi Singh Oct 23, 2020
Bollywood actor Varun Dhawan has labeled a news about himself as fake. This time he was more upset because his…

‘Sacred Games’ did not do wonders in season 2, will…