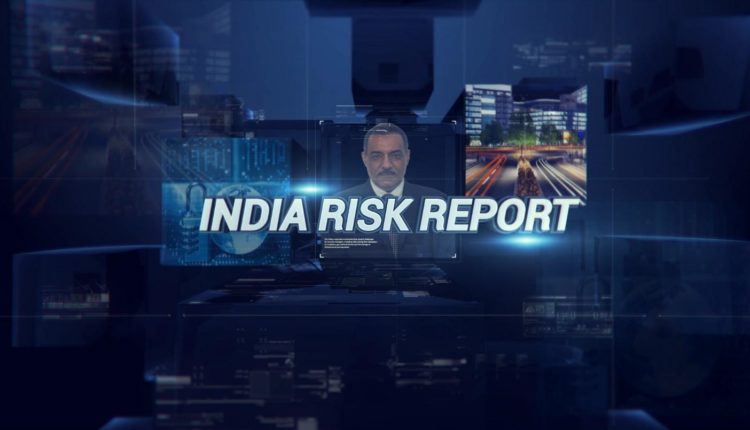 New Delhi: Gurgaon-based Risk management firm Indus IntelliRisk IntelliSense Service Pvt. Ltd. (IIRIS) on October 31, launched its new web-based talk show titled “India Risk Report” hosted by renowned security expert Maroof Raza. The show advertises itself as “highlighting key Corporate Risk Management issues, which focuses on mitigating possible losses arising from those major and lesser talked about threats in the Indian market.” It’s a unique initiative, considering that the Indian security narrative has been dominated by geopolitical so far and the general discussions around internal security. Raza, himself is the well-known hawkish commentator on geopolitical issues, and with this new show, he displays a repertoire of security knowledge which extends into the interests of management honchos.

The pilot episode deals with the risks associated with “Supply Chain Management.” It is a timely topic, as it comes in the aftermath of the recent Diwali sales rush in which several markets, both online and offline rushed to stock and deliver their inventories. A picture in the introductory voice-over shows a truck under arson attack during the recent Cauvery water unrest in Karnataka, an evidence of related concern, as consequently several e-commerce firms faced significant delays to their shipments.

The episode highlights how despite India’s logistics rank jumping up 19 places in a recent World Bank study, it remains mired in long-standing concerns over its port connectivity and other challenges which plague the sector.Among the show’s guests were Dr. Sudhir Krishna, the former secretary of the Union Urban Development Ministry, who spoke on Supply Chain issues relating to the developing smart city projects.

The guest list included industry veterans with over two decades of experience and their wealth of knowledge in articulating concerns over inadequate training of logistics personnel and concerns arising from Information Technology processing in the handling of high-value shipments.

With a running time of less than half an hour, the show packs a lot of content into its narrative. While crisp in its articulation, it does leave the viewer seeking more information to some of the points raised in the episode. A major drawback is a lack of supporting graphics and video breakouts, which could have helped the overall viewing experience. It may have been due to operational secrecy issues, but an element of anecdotal evidence of how these leaders resolved supply chain problems at their firms could have been shared. The show can also have its web format designed in such a way that it allows viewers to post their queries to the participants, and gain a post- episode interaction. We hope the production team takes note of these suggestions.

Online content is the new way of reaching out since the content is available across a variety of devices – rather than some show running on a particular channel at a date and time. Among the audience demographics who should watch this series is the student community in the business schools of the country.

It would be interesting to see how the series plays out, as corporate security issues are rarely discussed outside boardroom discussions. The show has great potential to become the new watercooler topic in offices. Maroof and his guests have an arduous road ahead in ensuring the shifting attention from industry round-up reports and newsletters to an easily viewed video format.  Another episode is to be released on Sunday, and we are eagerly looking forward to it.