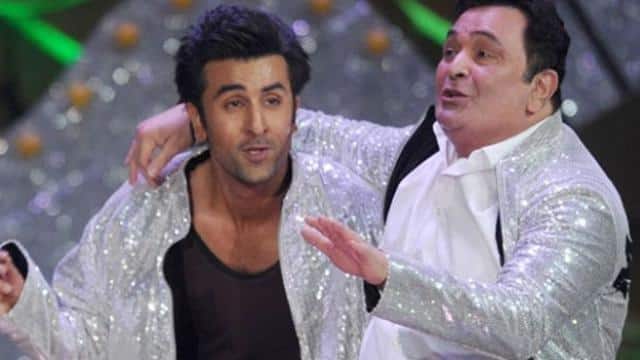 Bollywood veteran actor Rishi Kapoor is known for his excellent acting. Even today he is not in this world but he is still alive in the hearts of his fans. It is being told that he was to work in the Hindi remake of Gujarati film Chaal GV Lai with son Ranbir Kapoor.

Source told that Rishi Kapoor had seen this film and he had a lot of it. So when he was approached for a remake of the film, he was interested. It was also reported that Rishi had convinced Ranbir Kapoor to play the role of a son in the film. However, he left this world before doing this film.

Riteish Lalan, CEO of Coconut Motion Pictures, told Bollywood Hungama, ‘Yes, we were planning to cast Rishi Kapoor and Ranbir Kapoor in the Hindi remake of the film. We started talking to Sage’s manager just before the lockdown in March, but the epidemic worsened everything. After this, Rishi Kapoor passed away. However, he said that there is no talk with Ranbir about this film yet.

The film Chal Geev Lie is the story of a son who is always busy with work. He takes them on vacation to fulfill his father’s last wish. Let’s say that Rishi Kapoor and Ranbir Kapoor worked together in the film Besharam, however, the film proved to be a flop at the box office. In this film Neetu Kapoor played the wife of Rishi.

Rishi Kapoor was last seen in the film The Body. At the same time, Ranbir Kapoor’s previous film Sanju was released in the year 2018. The film proved to be a big superhit. Now his upcoming films are Brahmastra and Shamshera which will be released one after the other.