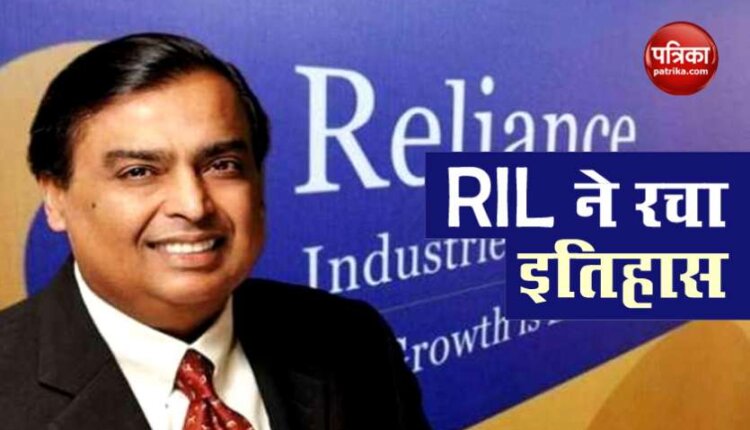 Mukesh Ambani’s assets increase by 2.2 billion
Mukesh Ambani’s wealth has also increased due to the increase in Reliance Industries shares. Mukesh Ambani’s wealth has increased by $ 2.2 billion as of Wednesday. When the stock market closed on Wednesday, according to Forbes, his wealth was $ 75.1 billion, which has increased to $ 77.3 billion. Now the distance between Mukesh Ambani and Warren Buffet has been about 5 billion dollars. Currently, Warren Buffett is in 6th place and his net worth is $ 72.6 billion. At the same time, the gap between his Mark Zuckerberg has reduced. There is a gap of $ 11 billion between Mukesh Ambani and Zuckerberg. Currently, Mark Zuckerberg has total assets of $ 88.3 billion.

Also read: PSU Bank Employees Salary will increase, know how much will be the amount of money

Sensex closed at nearly 5-month high
Today the stock market closed at a five-month high after the initial decline. In which the most important contribution is the rise in the shares of Reliance Industries. The Bombay Stock Exchange’s main index closed at 38140.47 points, up by 269 points. This level has been seen in the Sensex since March 5. On the other hand, the National Stock Exchange’s leading index Nifty 50 closed up 11215 points with a gain of about 83 points. All except IT and Tech sectors saw a boom. Apart from Reliance, shares of Eicher Motors, SBI, ICICI and IOCL saw a spurt.

First Time Investors are earning from the stock market in lockdown, Demat account opened in millions

The man sold his cow for the education of children, Sonu Sood extended a helping hand