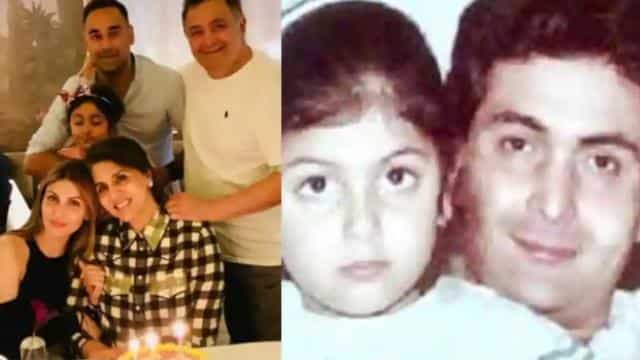 In a photo, Riddhima Kapoor and Rishi Kapoor are seen wearing similar clothes and doing photoshoot. So in the second photo, Neetu Kapoor is seen celebrating the birthday while cutting the cake. Also, apart from Riddhima Kapoor, husband Bharat Sahni and daughter Samara, the father is seen with Rishi Kapoor.

Let me tell you that Rishi Kapoor breathed his last at HN Reliance Hospital in Mumbai on 30 April. He was 67 years old and had been battling leukemia for a long time. The ashes of Rishi Kapoor were immersed in Banganga. Neetu Kapoor, Riddhima Kapoor and Ranbir Kapoor were present during this period. Many videos related to this were revealed on social media.

Earlier on the occasion of Mother’s Day, Riddhima Kapoor shared a photo with mother Neetu Kapoor on Instagram. While sharing the post, he wrote that love and only love, Happy Mother’s Day mother. Apart from this, Riddhima also shared some pictures on her Insta story with Neetu.

One of them wrote on the photo that my mother, my everything. Also last week, Riddhima Kapoor shared a happy photo with brother Ranbir Kapoor and mother Neetu Kapoor, in which she wrote that mother we are standing behind you, being strong. Please do not worry.

PM Modi’s address at eight o’clock tonight, this appeal can be done regarding corona lockdown