Richa Chadha’s ‘Shakeela’ poster released, the story of this adult star will be seen on screen 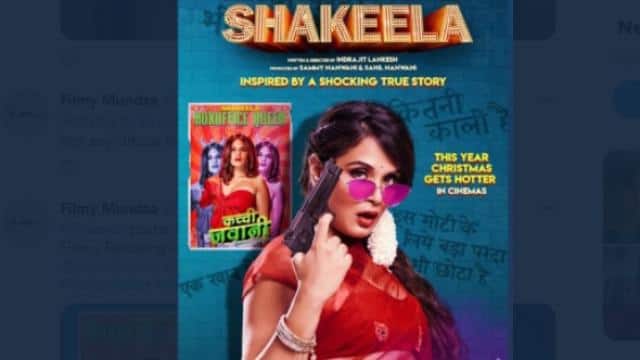 The poster of Bollywood actress Richa Chadha’s new film Shakeela has been released. Along with this, the release of this film has also been announced. The film Shakeela is based on the life of Shakeela, an adult star of South films, playing Richa Chadha. The film will be released in theaters.

In the poster, Richa Chadha is seen wearing a red sari and holding a gun in her hand. His look is being well liked. The film will be released on Christmas. Pankaj Tripathi will also be seen in an important role in this. The film is being directed by Indrajit Lankesh.

David Dhawan shouted at Sarah Ali Khan during the shoot of ‘Coolie No.1’, the actress stated the reason

Talking about Shakeela’s popularity, Lankesh told mid-day, ‘When Shakeela had entered the industry, then at that time, Malayalam films used to dominate the male actors. Shakeela’s films ran for 100 days in every center of the South. Due to this popularity of her, big stars started to scare her.

However, his films were censored due to protests and he had to return up to an advance amount to many producers. They had to return to their one-room apartments. Through this film Struggle will be shown in a woman’s male-dominated industry. ‘

Odisha’s tribal women have made a mark, they have made demand for Tussar silk sarees all over the country