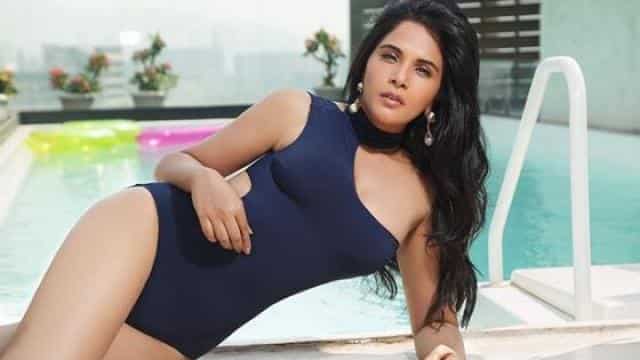 Bollywood actress Richa Chadha says that the release of a film on OTT or its release on the big screen should be the choice of the makers. He also said that it is important to ensure that films are shown in this time of the epidemic, no matter the medium.

Films like Amitabh Bachchan and Ayushman Khurana starrer ‘Gulabo Sitabho’, Vidya Balan starrer ‘Shakuntala Devi’, Akshay Kumar starrer ‘Lakshmi Bomb’ and ‘Gunjan Saxena: The Kargil Girl’ are among the projects to be released on OTT It has been decided.

Richa explained this, “This is the will of the makers.” It completely depends on them. If there is such a date and OTT ensures that many people will watch the film, then naturally they will choose it because even if theaters are opened, it is still unclear how many people are back in the theater right now Would like to come or will come. “

The actress says that she does not discriminate in the world of web and theater.

Richa says, “I don’t think OTT or cinema – either of them are inferior to each other.” Cinema is definitely something we all want to do, see ourselves on the big screen and be a part of films, but in such an uncertain situation, regardless of the medium, we should make sure that How did our films reach the audience? ”

Tarak Mehta’s upside down glasses: Prohibiting the arrival of aged actors on the shoot, ‘Nattu Kaka’ said – If not acting, I can die

Richa was last seen in the film ‘Section 375’. In the coming time, she will be seen in films like ‘Abhi Toh Party Has Started’ and ‘Shakeela’. Along with this, he is also a part of the web series ‘Inside Edge’.