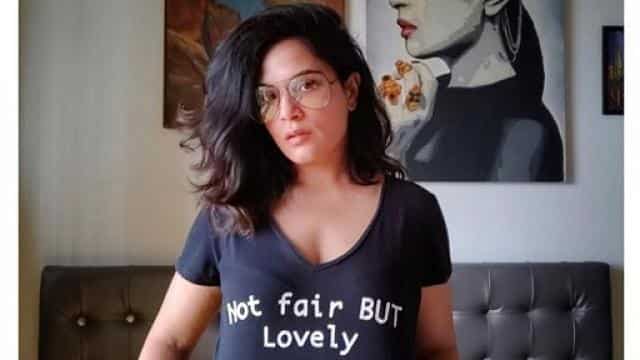 Fairness cream brand Fair & Lovely has decided to remove the word ‘Fair’ from its product and the company’s decision has been welcomed by many Bollywood celebs. Richa Chadha wrote on social media, ‘Not Fair But Lovely, in the year 2015 I printed it in my T-shirt. Tomorrow the Fair and Lovely brand and I finally agreed on the subject together. Yesterday he removed the word Fair from his product name.

He further wrote, ‘I think that like India, there are many countries where the British ruled. Often, slavery also takes a mental form in such countries. We feel that our color, our language, our food is not good … and the same British used to tell us constantly … It is unfortunate that we consider our own things to be inferior and try to change them … It is told from childhood that the fair complexion is beautiful! Earlier, even in films, you used to make songs like… Hum kale hain to kya hua dil wale hain hai… Can such a song be made in today’s date? It takes time to change everything … We should be proud of our color! ‘

Earlier, Mim had shared on her marriage

Few days ago Richa shared a scene of a scene in Gangs of Wasseypur. Along with this, he also told how the year 2020 was wretched for him.

Actually, this video is a scene from the film, in which she is married to Sardar Singh (Manoj Bajaypee). In the video, Qazi is asking him if he has this nikah qubool. She is not answering anything on this. According to the video above, according to the Kovid 19 rule, only 50 people are allowed to attend the wedding.

In the caption of this video, Richa Chadha wrote, In 2020 I saw my wedding happening postpone. This is unexpected. Wretched year. Here is Nagma’s swag for you, from the film that started it all for me.