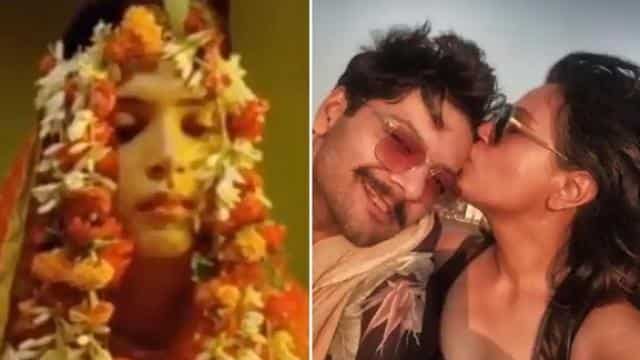 Bollywood actress Richa Chadha’s film Gangs of Wasseypur was released in the year 2012. In this, he played the role of Nagma Khatoon, wife of Manoj Bajpayee. Today this film has completed its 8 years. On this special occasion, Richa shared a film of the film on social media. Along with this, he also told how the year 2020 was wretched for him.

Actually, this video is a scene from the film, in which she is married to Sardar Singh (Manoj Bajaypee). In the video, Qazi is asking him if he has this nikah qubool. She is not answering anything on this. According to the video above, according to the Kovid 19 rule, only 50 people are allowed to attend the wedding. In its caption, Richa Chadha wrote, 8 years of Gangs of Wasseypur. In 2020 I saw my marriage happening postpone. This is unexpected. Wretched year. Here is Nagma’s swag for you, from the film that started it all for me.

Please tell that Ali Fazal’s mother has passed away recently. In such a situation, Richa Chadha expressed her grief by writing a post on Instagram. Richa shared a photo of Ali Fazal and her mother on Instagram. With this, he wrote in the caption, “Aunty you left us yesterday, but you will always be around us.” I will always remember you as the woman who was ahead of her time. A tremendous reader, feminist and cupcake lover. I promise you will take care of your son. Hope you find peace. And I miss you a lot. ”