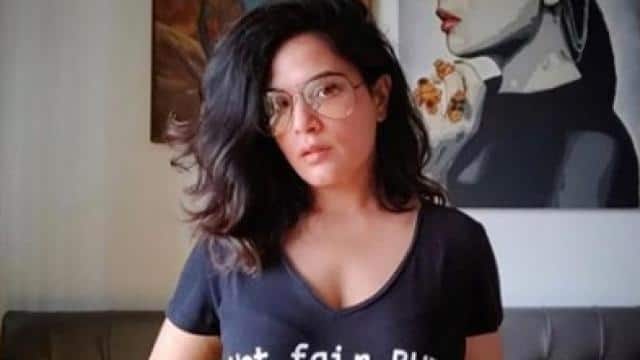 Bollywood actress Richa Chadha has filed a defamation case of Rs 1.1 crore against actress Anamarag Kashyap, accused of sexual exploitation, including Kamal R Khan. A hearing was held in this case in front of Bombay High Court judge Anil Menon. During this time, Richa, who has filed a defamation case, did not appear in the court on his behalf. In such a situation, the court has postponed the next hearing till 7 October.

Actually, the case is that the actress had named several actresses while accusing her of sexual harassment against Anurag Kashyap. He accused Anurag of saying that there are many actresses who are ready to do anything with Anurag to work. During this time, the actress also took the name of Richa Chadha. Richa Chadha has filed a defamation case against this actress statement.

Sanjay Mishra Birthday: If director Rohit Shetty had not been there, Sanjay Mishra would have been working in Dhaba, the story is interesting

You lead us into a world of hope Richa.
As Mr Chaplin once said – “We all want to help one another, human beings are like that
We want to live by each other’s happiness, not by each other’s misery
We don’t want to hate and despise one another … “. Thank you my love! With You! ♥ ️ https://t.co/H8A9m0aSL5

Richa Chadha says that the claims of the actress are completely false. She wants to spoil the actress she has earned by working hard in the film industry for so many years. On the other hand, the actress who accused Anurag Kashyap said that he did not intend to discredit anyone when he named Huma Qureshi, Mahi Gill and Richa Chadha, accusing Anurag Kashyap of sexual misconduct. The actress claimed that she only wanted to bring Anurag’s real face to the world.

The actress had said during an interview that she only spoke what Anurag had said during her conversation, whether good or bad. I also said good things like Anurag told me that he is a big fan of Amitabh Bachchan and now he talks to him for work.