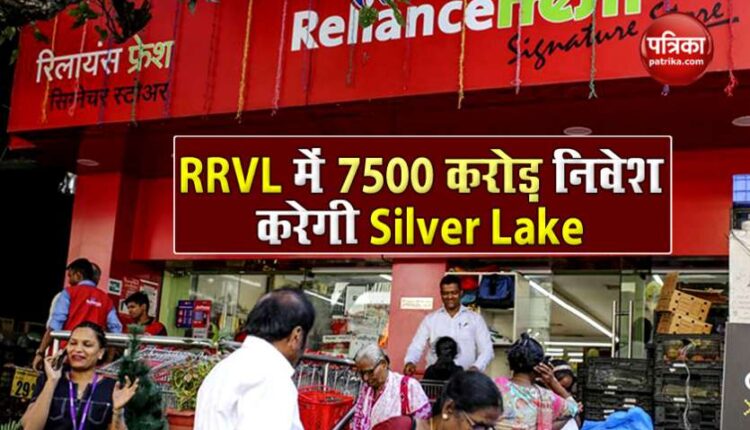 Has invested 10 thousand crores in Jio
Silver Lake’s investment in Reliance Retail is a clear indication that Reliance Retail has emerged as a major player in the Indian retail sector. Recently, Reliance Retail acquired Future Group. Silver Lake has earlier invested more than $ 1.35 billion, or about Rs 10,200 crore in geo-platforms. The total valuation of Reliance Retail and Jio Platforms has crossed Rs 9 lakh crore.

Reliance Retail has 12 thousand stores in the country
Reliance Retail has footfall of around 64 crore per year in more than 12 thousand stores spread across many cities of the country. Mukesh Ambani, the owner of Reliance, has set a target of adding 3 crore grocery stores and 12 crore farmers to this network. The company has also recently launched Geomart, an online store in the grocery sector. Every day around 4 lakh orders are being booked at Geomart.

What did Mukesh Ambani say
Expressing happiness over the Silver Lake deal, Mukesh Ambani, Chairman and Managing Director of Reliance Industries said, “We are delighted that Silver Lake is linked to our transformative idea of ​​partnering with millions of small traders through their investments.” It is our endeavor to provide the right service to Indian consumers in the Indian retail sector. We believe that technology will be instrumental in bringing about the necessary changes in the retail sector and all the components associated with the retail eco system will be able to build a better development platforms. Silver Lake will be an important partner in furthering our vision in the Indian retail sector.

Silver Laker’s statement
Commenting on the investment, Silver Lake co-CEO and managing partner, Mr. Aegon Durban said that Mukesh Ambani and the team of Reliance have gained leadership in the retail and technology sector through their efforts. The success of Geomart in such a short time, especially when India is battling the Kovid-19 epidemic with the rest of the world, is truly unprecedented.

More than 94 lakh people withdraw their PF in 5 months, do this work to withdraw money