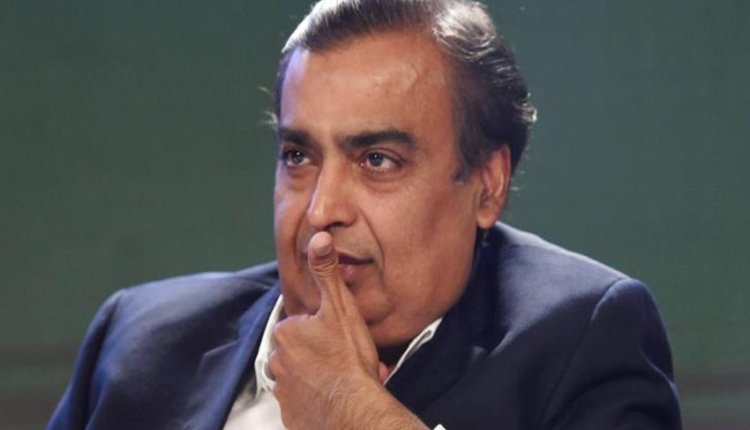 Situation such as the worldwide lockdown caused by the corona virus has led to a decline in the business of all companies. However, even in the midst of this crisis arising from March, India’s largest company Reliance Industries Limited has done well during this period. In terms of market capitalization, shares of the country’s largest company gained a lot and were among the top 5 companies in the world, which grew rapidly even in this recession. In the past 30 trading sessions, shares of Reliance Industries Ltd. saw a jump of 78.4 percent.

Reliance was the only company in the stock market whose stock market showed up due to the boom. Reliance, HDFC Bank and Infosys accounted for 58 percent of the total boom in the stock market. On March 23, after the biggest decline of 52 weeks, the market has shown a gradual improvement. The market capitalization of Reliance Industries Ltd Group, led by Mukesh Ambani, Asia’s richest man, has increased by $ 46.35 billion since March 20. Reliance is the number 5 company in the world, having achieved such a tremendous return even in this era of Corona crisis.

Elon Musk’s company number one: Apart from Reliance, Elon Musk’s companies Tesla, T-Mobile US, PayPal Holdings and Chevron Corporation have also recorded significant growth during this period. Tesla has received 93.1% and T-Mobile US 90.6% during this period. In fact, the reason for this growth of Reliance Industries Limited is that the company has made a move towards the business of telecom and retail by diverting itself from the oil and chemical business.

Steps to accelerate by investing in Jio: Reliance Jio has been witnessing a spurt since Reliance Jio invested Rs 43,574 crore from Fesubak and then large investments from Silver Lake and Vista Equity. Not only this, Reliance Industries Limited has also decided to bring the rights issue on 14 May. In such a situation, it is believed that in the coming few days, Reliance shares may increase further. Actually Mukesh Ambani has targeted to make Reliance Group completely debt free by March 2021. Under this, the group has made deals with several companies including Facebook for investment. Apart from this, its shares in Asian Paints have also been sold by Reliance Group.